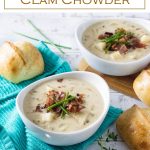 Clam chowder is probably my all-time favorite soup, and publishing my homemade version has been on my to-do list for the past couple of years, but I just never got around to refining the recipe. Well, like any household project your husband tackles - if he says it will get done, it will get done. You don't need to keep reminding him every six months. Ok, I stole that quip from a facebook meme. Creativity is the art of hiding your sources, after all. Ok, I stole that line too... 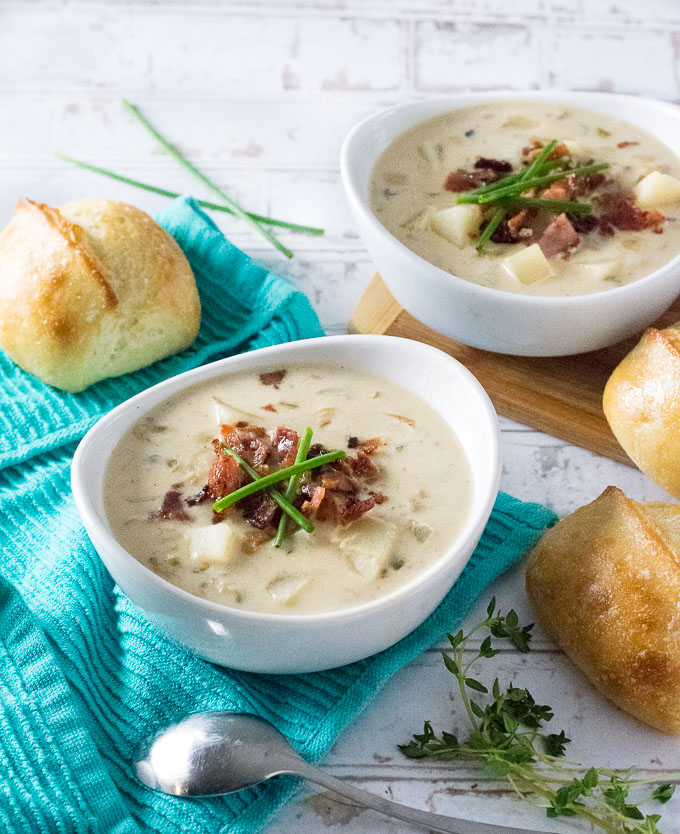 What is a Chowder

A traditional chowder is a thick soup that features seafood such as fish, shellfish, or clams, and also contains onions and potatoes. Contrarily, corn chowder is an exception to the classic chowder. Clam chowder, in particular, is popularily found in New England.

In my humble opinion, the best clam chowders feature a few key ingredients: A pronounced briny flavor from clams, of course, herbal notes from fresh thyme with a splash of lemon juice to brighten it up, and smoky bacon to balance out of the flavor.  I also like plenty of tender russet potatoes chopped into ½" cubes swimming in the broth.

I fortify the flavor of the clams by adding additional clam juice. If some of your guests don't enjoy the flavor of clams as much, this can be omitted, or cut back. However, I think the flavor is too mild without it. The rest of the broth is built with half-and-half and chicken stock. You can use any store-bought chicken or vegetable stock, however, it is always best to have some homemade stock on hand if possible. 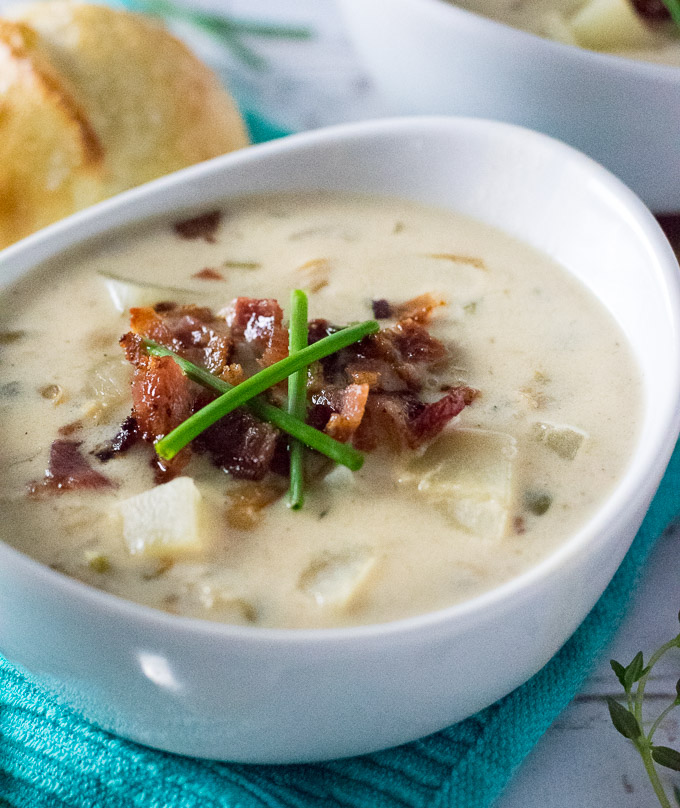 How to Thicken Clam Chowder

The ideal thickness of clam chowder varies from person to person. My homemade clam chowder recipe is deliciously creamy, without giving you the sensation that you are eating gravy. If you like thicker clam chowder this can be achieved by adding more flour or simply mashing some of the potatoes at the end of cooking. The mashed potatoes will incorporate into the broth, naturally thickening it.

I also like using ground white pepper in my clam chowder because it hides better. However, the taste is the same as traditional black pepper, so you are certainly welcome to use the black pepper you have on hand if you don't mind the black specs in the chowder. 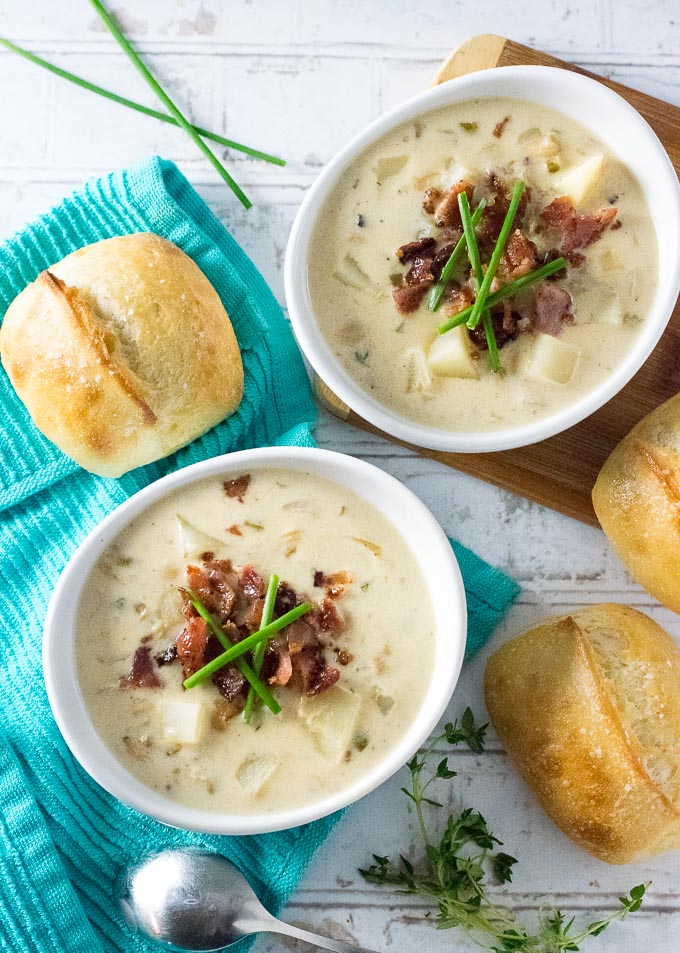 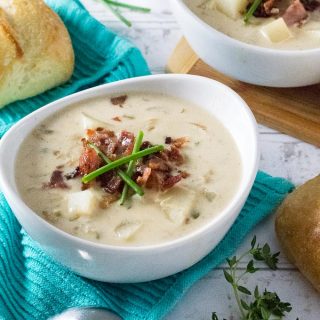 IF YOU LIKE THIS RECIPE you will love my Beer Cheese Soup recipe as well!

If you enjoyed reading my Homemade Clam Chowder recipe then you should probably like me on Facebook and follow me on Pinterest too. That’s what I would do at least, because if you don’t get to know me but you still use my recipe it is kind of like taking candy from a stranger, and your mom taught you not to do that. Don’t disobey your mom, subscribe to Fox Valley Foodie today.