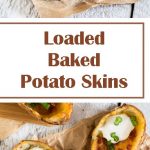 Loaded Baked Potato Skins are the ultimate party appetizer. Your guests won't be able to get enough of these crisp salted potato skins loaded with melted cheese, crumbled bacon, and plenty of sour cream! 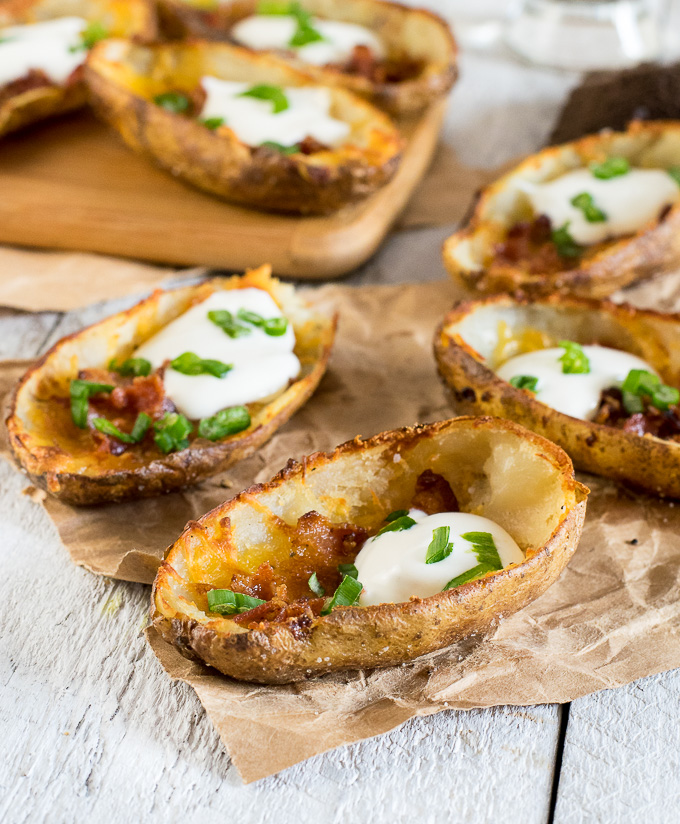 You know how you always come up with the best comebacks at night, lying in bed, well after the conversation actually took place? Well, this loaded baked potato skins recipe is like that.  The Super Bowl is my website's biggest traffic day of the year because everyone is searching for recipes for their game day parties. However, it wasn't until the day after the Super Bowl that I came up with the idea to publish this recipe.

Oh well, never too early to get ready for next year! Or, I guess if I have any readers who are swingers, you can make these for your Valentines Day party.

Did this just get weird? 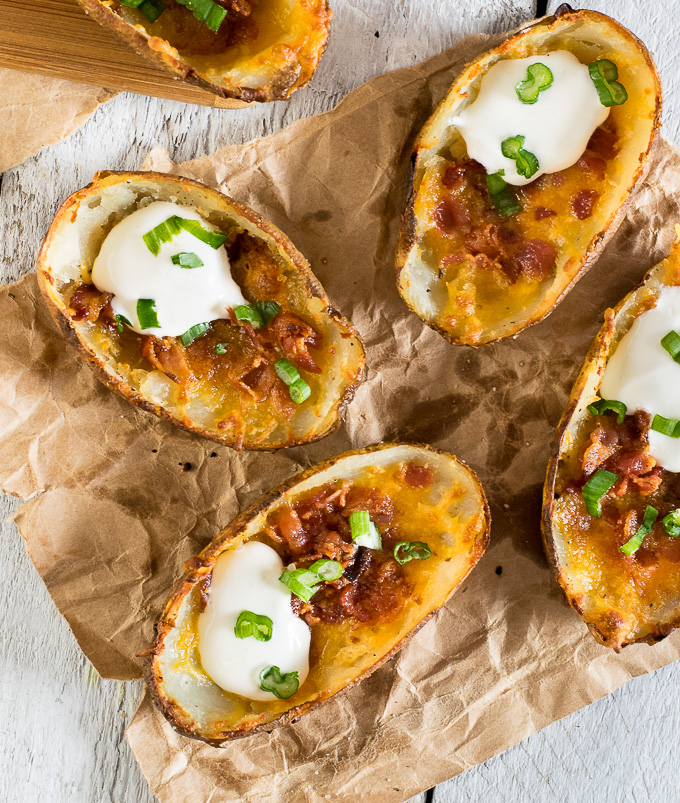 Loaded Baked Potato Skins are a fantastic party appetizer to make at home because you don't need a deep fryer for optimal results. Simply coating the potatoes in oil and salt prior to baking will yield delectably crisp skins! You can even get creative with the toppings. There is no rule that says you need to use bacon, sour cream, and green onions. This appetizer is great to customize to your own tastes!

Oh, and these will go quickly, so you may want to make extra. 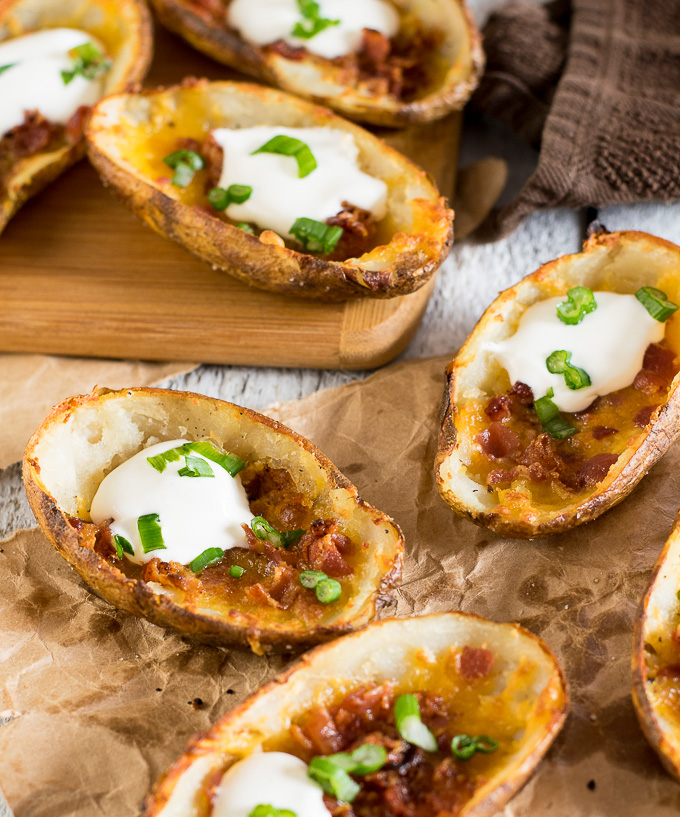 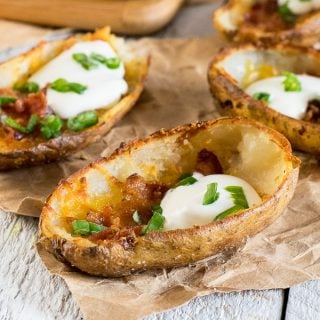 Tip: I like to thin my sour cream slightly with a splash a milk to make it easier to work with.   IF YOU LIKED THIS RECIPE you will love my Jalapeno Popper Twice Baked Potatoes recipe!

If you enjoyed reading my Loaded Baked Potato Skins recipe then you should probably like me on Facebook and follow me on Pinterest too. That’s what I would do at least, because if you don’t get to know me but you still use my recipe it is kind of like taking candy from a stranger, and your mom taught you not to do that. Don’t disobey your mom, subscribe to Fox Valley Foodie today.