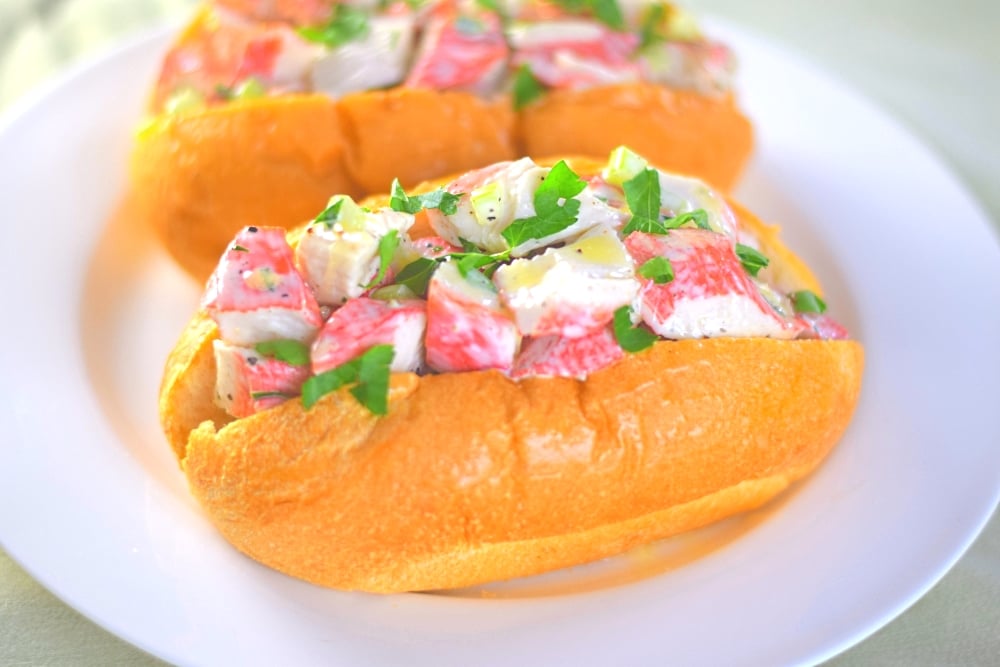 I love a good lobster roll as much as the next guy, but in reality I live on an imitation crab roll budget. I also live in Wisconsin which makes fresh lobster tails a more expensive commodity than Packer tickets. This is why my imitation crab roll recipe has been my go-to recipe whenever I want a wallet friendly taste of New England without actually having to go there and risk having Tom Brady drop a bunch of F-bombs in front of the kids.

Now, I am sure any New Englanders reading this will probably be enraged right now by my heresy, suggesting imitation crab meat replace actual lobster. So maybe I can put it in terms they will understand:

Pretend you are playing a football game but you don’t think you can afford to throw a properly inflated football because risking an errant pass would be too costly. So instead you substitute an under-inflated ball. It is still a football, just as my filling is still seafood, just not the type that ‘traditionalists’ would suggest using in such a situation. But that is why you are champions, you adapt in ways other teams don’t, right?

A good lobster roll will typically be served in a split top bun, but living in Appleton, Wisconsin I am unaware of any bakeries nearby that sell a good one. However, for those of you that live in the Fox Valley area, the bakery in Copps grocery stores has a great alternative. Like an under-inflated football their brat buns are perfectly soft and light. The slight chew to the bun adds a nice texture to the imitation crab roll without the distracting denseness found in lesser buns. Cutting the brat bun vertically rather than horizontally with your bread knife, as shown in the picture below, creates the ideal bun type. 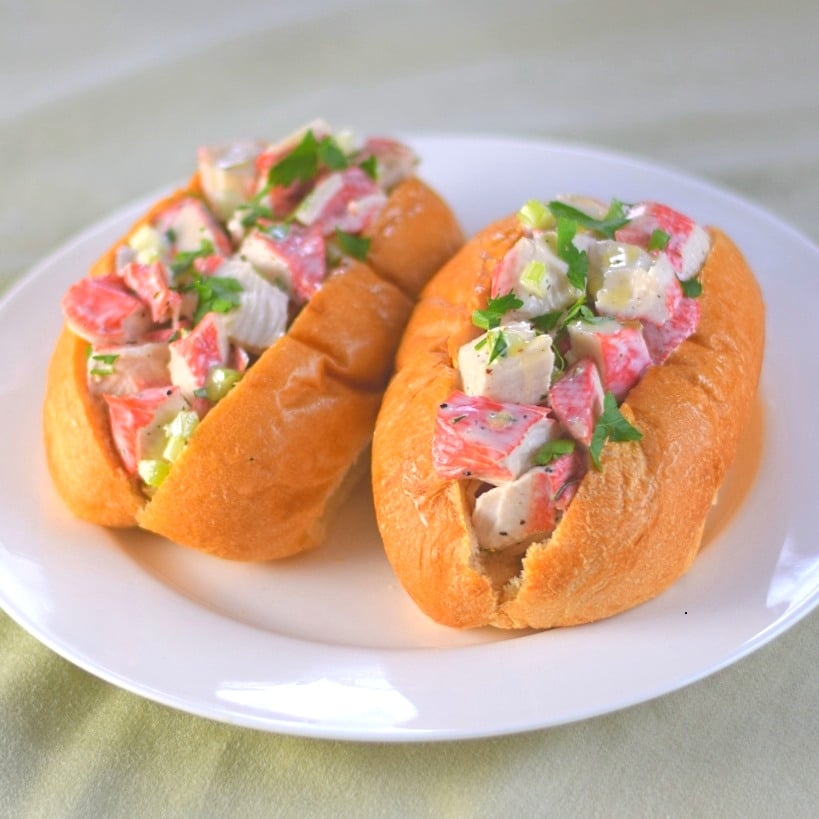 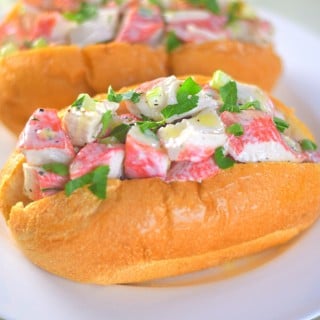 This inexpensive imitation crab roll recipe is a great alternative to the more costly traditional lobster roll. It has been my go-to recipe whenever I want a wallet friendly taste of New England without actually having to go there.
4.79 from 28 votes
Print Pin Rate Save Go to Collections
Course: Main
Cuisine: American
Prep Time: 5 minutes
Cook Time: 10 minutes
Total Time: 15 minutes
Servings: 4
Author: Fox Valley Foodie