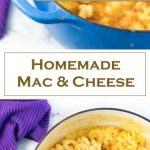 Check out this ridiculously creamy homemade mac and cheese recipe that features real cheese yet doesn't separate when reheated!

What is more Wisconsin than homemade mac and cheese? Well, beer I suppose. And cheese curds. And perhaps brats. Ehh, never mind. Who asked you anyway? 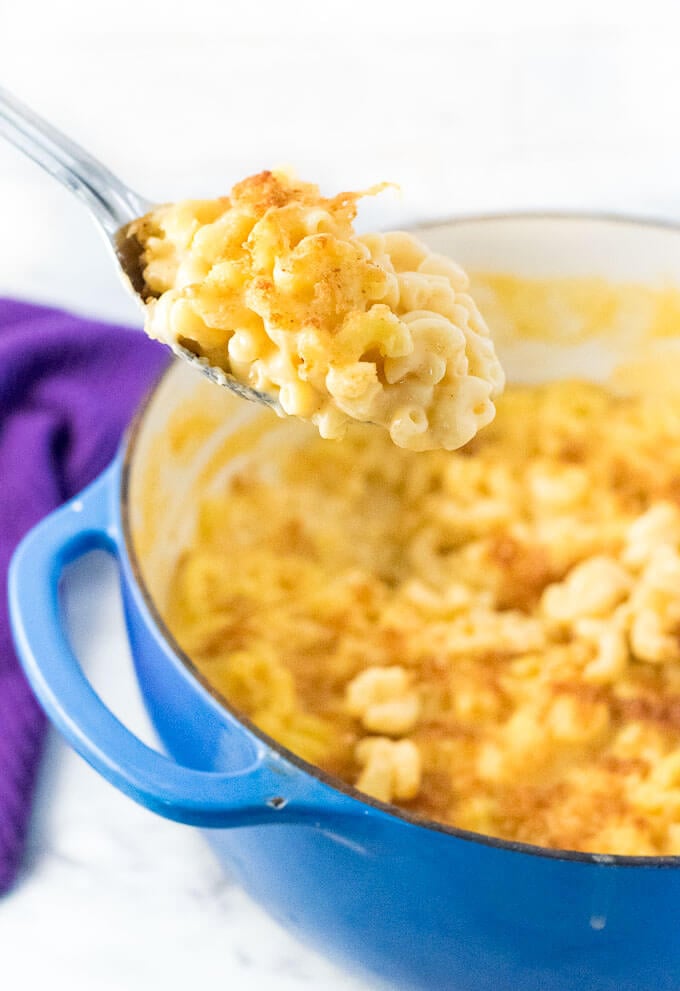 Why Does Mac and Cheese Separate?

The problem is when it is reheated the cheese melts at too high of a temperature causing the oil to separate. Some people recommend reheating slowly in the oven or on low in the microwave, however, this only provides marginal results at best. I have tried multiple reheating methods and though they do minimize ‘some’ of the oil, the mac and cheese never resumes its once creamy goodness.

To prevent homemade mac and cheese from separating, you need a secret ingredient: Velveeta {Collective GASPS}, or Cream Cheese both work well. 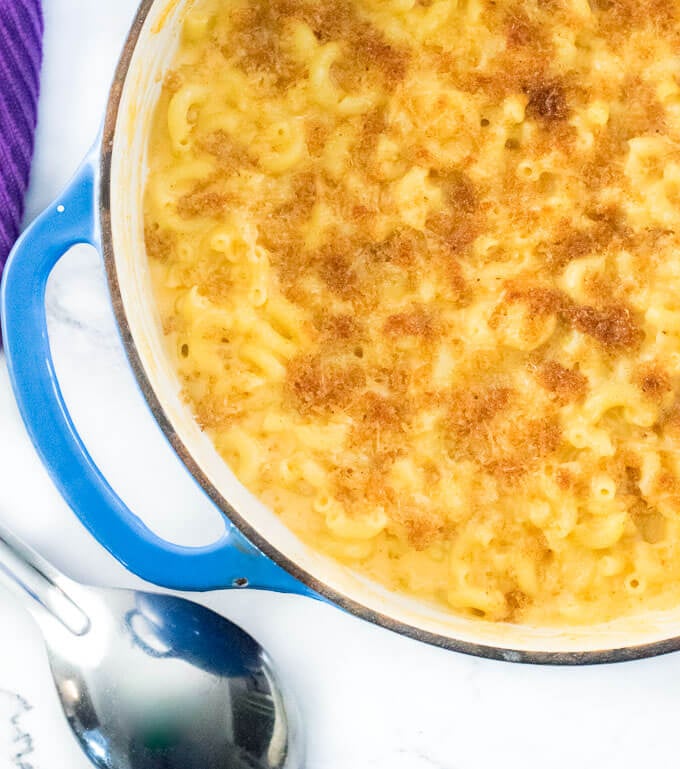 What is the Best Cheese for Mac and Cheese

Many macaroni and cheese recipes simply use cheddar cheese. Though I firmly believe cheddar is essential for any classic mac and cheese, using it alone makes the dish far too one-dimensional. You NEED more than one cheese to provide a more rounded, complex, flavor. 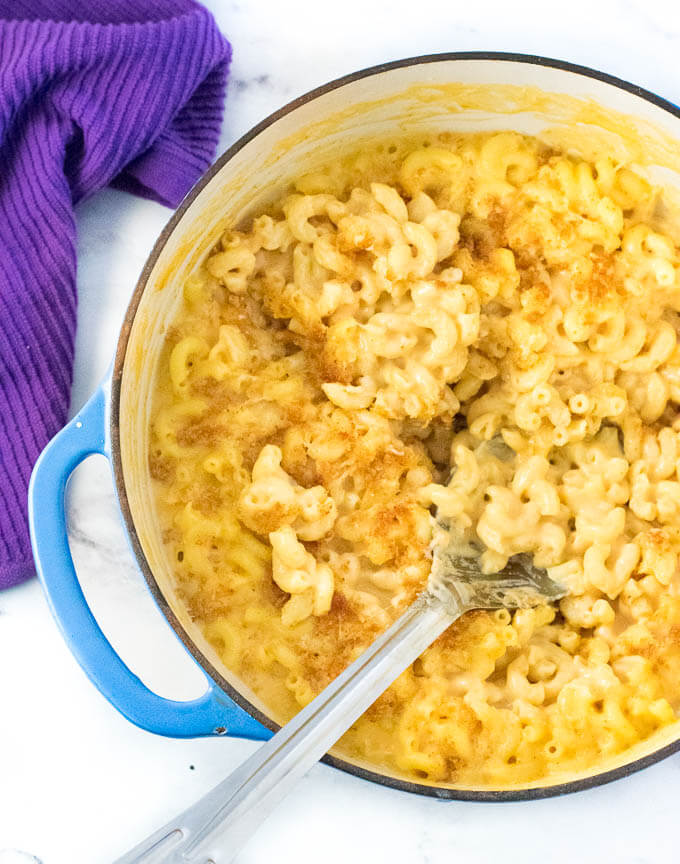 How to Reheat Mac and Cheese

So you’ve made the mac and cheese, served it with dinner and somehow you have leftovers. No problem! Just scoop out the portion that you want to reheat, place it in the microwave (affiliate link) for ~1 minute, or until starting to get warm and then take it out and stir a couple of splashes of milk into it (I use about 2 tablespoon milk per bowl). The reason you are adding milk is because as the mac and cheese cools it soaks up a lot of the moisture that was in the cheese sauce. As a result, when you reheat it the sauce will still taste good but there will not be enough moisture in it to be creamy again. Adding milk will return it to its creamy form.

Just remember, the key when adding the milk is to add a little bit at a time as you stir it in. You can always add more if needed. Once it is creamy as you desire put it back in the microwave for 30 seconds at a time until it is heated through.

If you know you are going to be reheating it, feel free to keep breadcrumbs on the side until it has been reheated. 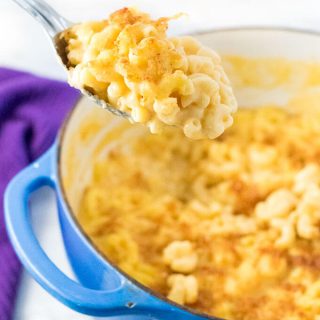 Homemade Mac and Cheese Recipe that Doesn’t Separate when Reheated

IF YOU LIKED THIS RECIPE you will love my Easy Pizza Baked Gnocchi too!

If you enjoyed reading about my Homemade Mac and Cheese recipe then you should probably like me on Facebook and follow me on Pinterest too. That’s what I would do at least, because if you don’t get to know me but you still use my recipe it is kind of like taking candy from a stranger, and your mom taught you not to do that. Don’t disobey your mom, subscribe to Fox Valley Foodie today