Arriving a little after 8:30am I find a large pot of beets heating over an outdoor turkey fryer on the walkway. My father and I both comment on how it smells remarkably similar to sweet corn. While snacking on fresh picked kohlrabi dusted with salt we wave as my dad’s neighbor turns out the driveway, off to pursue the day’s adventure. Upon watching him leave we venture across the street to help ourselves to his garden. Had he seen us he would no doubt be happy to find us taking advantage of the “what’s mine is yours” neighborly attitude that prevails in the countryside. By the time we are done foraging grandma has arrived. It is time to start pickling beets.

I didn’t come because I have an affinity for pickled beets. I never had them. I came because my grandma is probably the best cook I know and I relish any opportunity I have to learn from her. She has likely stood through more canning sessions than most people have had square meals. For my grandma cooking wasn’t a hobby, it was a way of life. From July till the end of the harvest she would stand in her kitchen canning meats and produce to feed her seven children for the year. Their garden was their primary source of sustenance and the extra corn they sold in town paid for the kid’s school supplies. 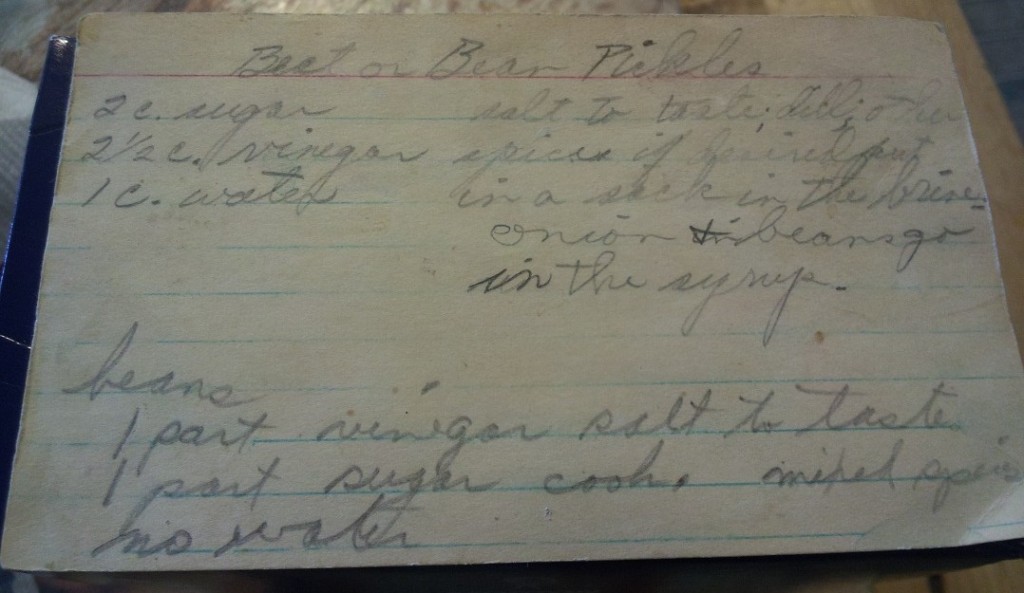 Once all of the canning supplies were laid out my grandma pulled out a brown note card that has avoided excessive splashing during dozens of canning sessions, the flames of a house fire, and the ravishing effects of Father Time - It was the hand-written recipe she and my great grandmother penciled down six decades ago and has been using ever since.

The focus of this pickling session is as much on storytelling as it is on pickling beets. Currently living across the street from where he grew up, my father’s porch door provides a panoramic of my grandma’s former home, requiring her to only point while describing her old garden. Then we all laugh as she recalls how my grandpa broke their first automatic washing machine by attempting to clean cucumbers in it. “There were more pickles stuck in the machine than what actually got cleaned!” she exclaimed. 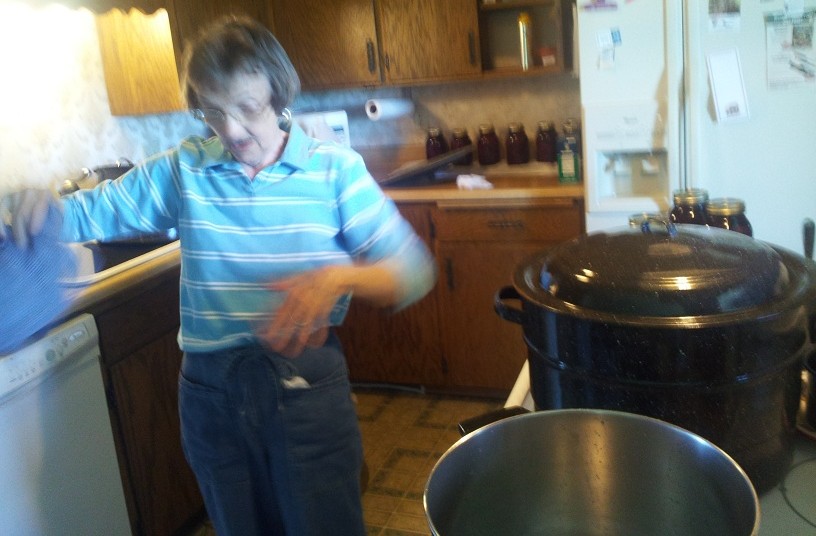 My grandma takes a break from canning to enthusiastically describe how pickling cucumbers were stuck in every nook and cranny of the wash machine.

Soon it was time for lunch. Peach cobbler and eggplant lasagna were heated in the oven while we finished the last batch of pickling. My dad made some iced tea as we gathered at the table, each happily worn from a bustling morning in the kitchen. All that is left to do is to savor the flavors on your plate and perhaps listen to one more story. 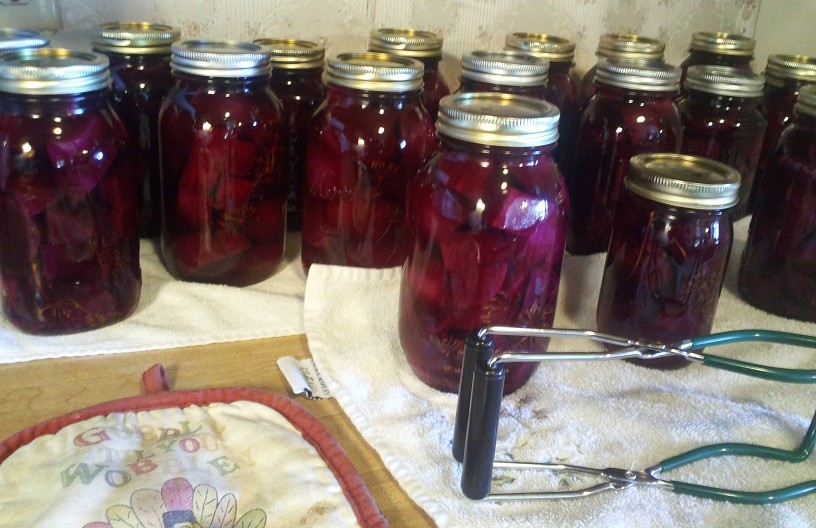 Each month I look forward to my Bon Appétit magazine arriving. Frequently they feature a story towards the end of the magazine that highlights a quaint gathering of family or friends who are reconnecting over some amazing food. Those stories are typically a bit haughty as they unfold in the setting of a Tuscan villa, a Mediterranean sailboat, or a number of other locales that are a bit out of reach for the average reader. However today I could feel myself living in those pages. Perhaps we substituted the villa in Tuscany for an old farmhouse south of New London and originally planned to gather primarily under the pretense of pickling, but somewhere between food and family the real reason for the day blurred.