Home » General » What the heck has Fox Valley Foodie been doing?!

I know there must have been many sleepless nights for you all in the past two months since I last posted on this blog. Wondering… where is he? When is he going to post again? Can I go on?! Well, put the Unisom away because I am back!

Despite the notions you may have of me, for the past two months I’ve been living on a steady diet of Ramen noodles and delivered pizza. The closest I got to making real food was occasional egg sandwiches. I assure you my girlfriend was not thrilled with my cooking sabbatical. Was I burnt out from food, sick of cooking?

No! I was singularly focused on this: 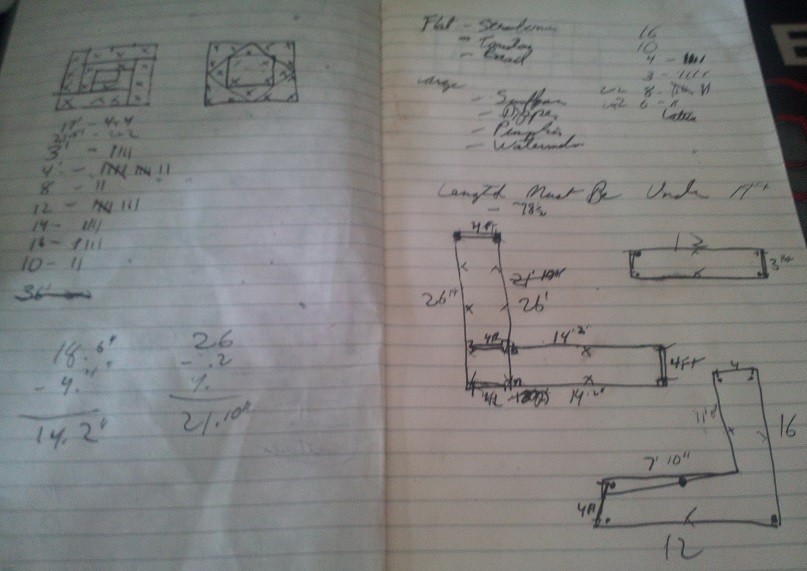 What the heck is that? That is the constructions plans for my new raised garden beds.

This past winter I purchased my first home. One of my biggest excitements of owning a home is the ability to have my own garden. I spent the cold months dreaming about where my garden will be placed and what it will look like. I had a lot of different ideas, but in the end my inability to tackle any of my passions half-assed won the day and I drew up plans for 300 sq ft of raised garden beds.

I am not known for being particularly handy, but I was eager to tackle this project myself. Borrowing my dad’s old pickup truck and some tools, I headed to Menards for lumber as soon as the snow started melting.

With my meticulous planning, picking up the lumber was easy. It was just as easy the second time when I had to stop back to pick up 50% more lumber for one section of the wall I had miscalculated, and just as easy the third time I stopped to pick up the remaining lumber for that same section after I again only bought half of what I needed. Good times.

Whenever the weather would cooperate I would be outside piecing the beds together. With the late spring we’ve had I was really concerned I would not get this done in time. Calling in sick to work once, and pretty much disappearing from family and friends, I spent all of my free time getting this constructed.

Once the beds were in place I felt the big work was done, but I was wrong. Filling 300 sq feet of raised beds is much easier said than done. You are quickly alerted to this fact when you see this in your front yard: 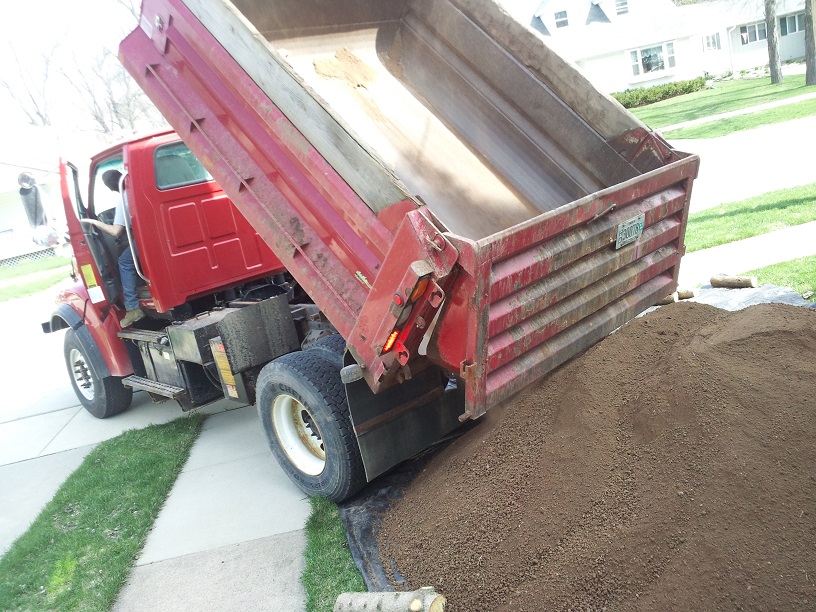 That is the load of topsoil I ordered. I still needed an equal amount of compost to mix it with. And since the city of Appleton was dreadfully behind getting their compost ready and available to residents, I may or may not have gotten two heaping truckloads of compost from another nearby city in which I may or may not actually be a resident.

Finally, after loading and unloading each truckload myself and then pushing ~400 wheelbarrow loads to the backyard, I got everything moved, mixed, and put in place. Last week I got to actually plant the garden I spent the past three months obsessed with, and –back pain and all- it felt great.

Can you tell where I laid the tarp to pile dirt?