This shop has been compensated by Collective Bias, Inc. and its advertiser. All opinions are mine alone, as always. #BeyondTheSandwich #CollectiveBias 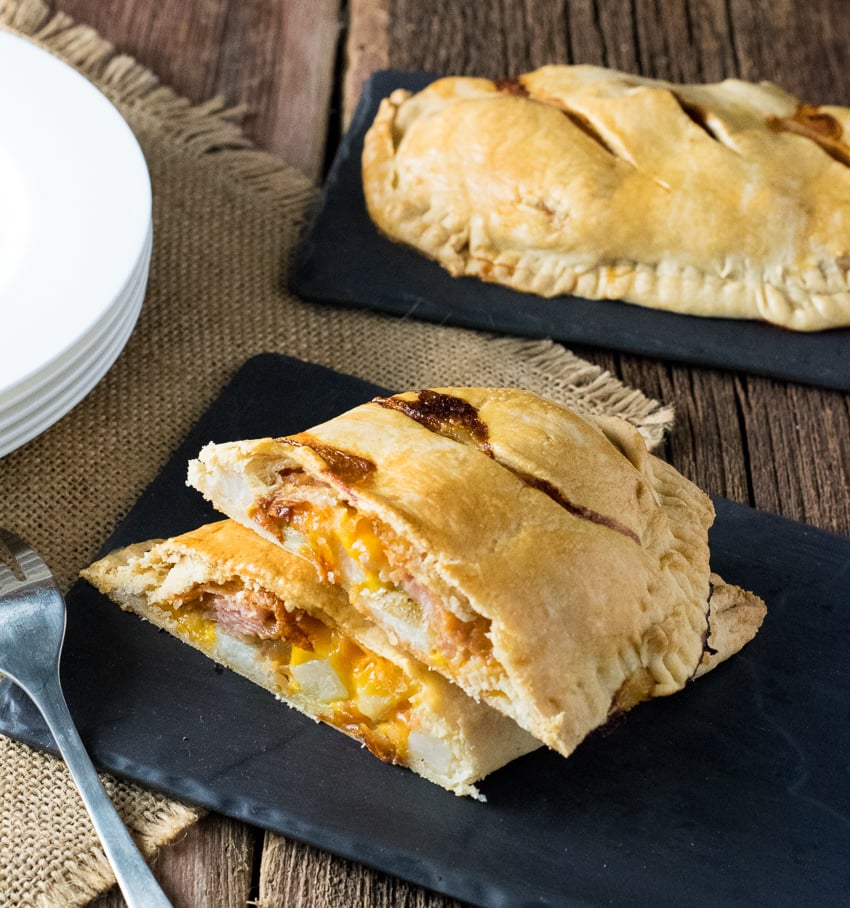 The Cornish Pasty was popularized by miners who wanted a full meal they could hold in their hand and eat standing up. The pasty was the perfect solution as it traditionally encased beef, turnips, potato, and onion in a crust that could keep warm for hours when properly wrapped. However, unlike it's more popular cheese-stuffed cousin, the calzone, for unfathomable reasons the Cornish pasty's popularity never quite took off beyond the culture that adopted it. Mmmmm.... turnips.

You will still find Cornish pasties being enjoyed in communities with a strong miner tradition, such as upper Michigan. When driving north on highway 41, as soon as you pass Green Bay, you are instantly greeted with a smattering of roadside signs enticing you to stop and enjoy homemade pasties. It becomes abundantly clear pasties are still a dominant staple around those parts while many of their neighbors just a few miles to the south have never heard of them.

A more lenient definition of a pasty is simply meat and vegetables wrapped in a savory crust. Despite what purists may argue, this became the more accepted rulebook by which home-cooks crafted these crusty delights, as impoverished miner families were inclined to use whatever meat and vegetables they had on hand. To that I say, "Rejoice and toss aside the turnips!" We are going to bring the Cornish pasty into the 21st century!

One of my favorite flavor combinations is ham and cheese, it is timeless. Using a high quality deli meat, like Castle Wood Reserve, and mild cheddar cheese makes for a flavor packed pasty, add in some diced potatoes and you have yourself a hearty meal! 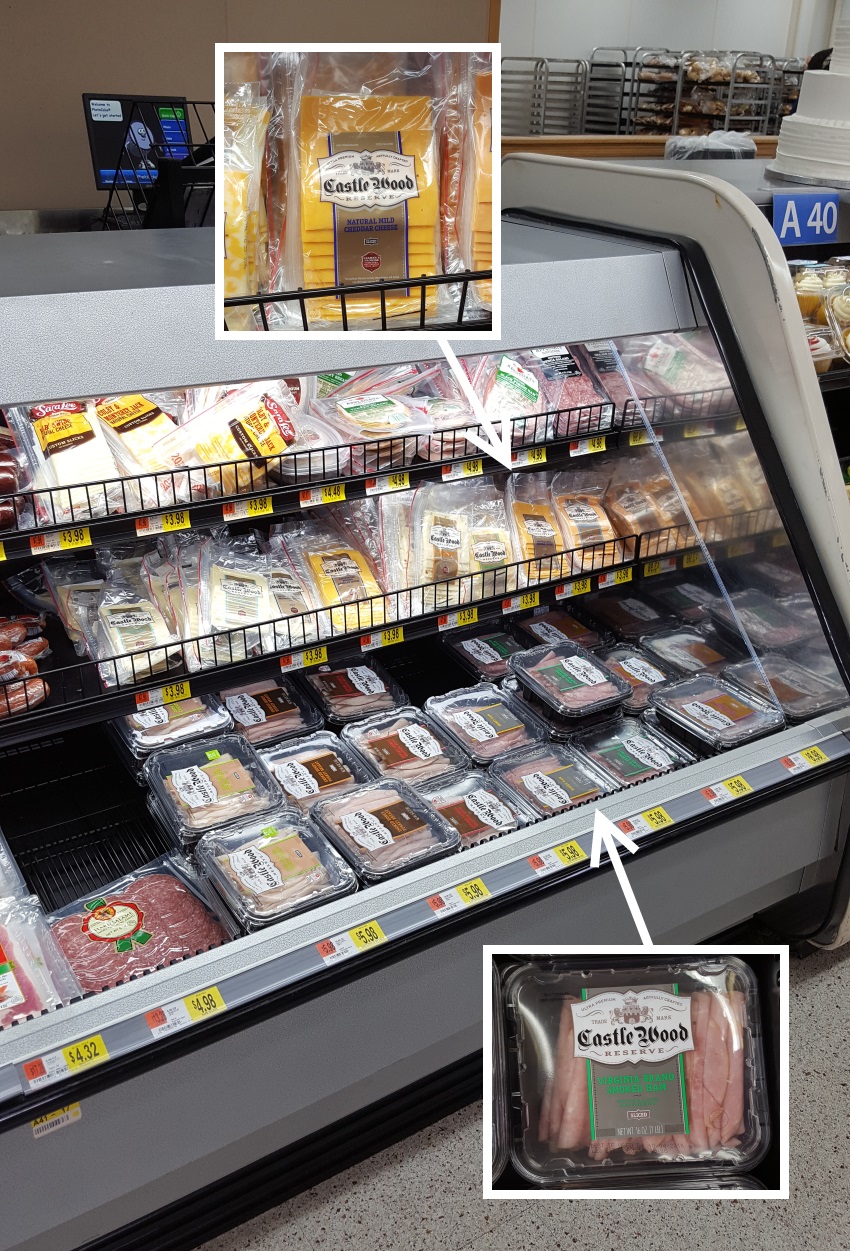 I like using the Castle Wood Reserve Smoked Virginia Ham I picked up from Walmart for this recipe. Using a deli meat saves you the hassle of pre-cooking the meat filling, while at the same time making this tender filling the highlight of each mouthwatering bite. Plus, you will find Castled Wood Reserve's Smoked Virginia Ham and their Natural Mild Cheddar Cheese sitting right next to each other in Walmart's deli, making for a quick and easy shopping trip! Even better, right now Ibotta is featuring a $1.75 off their meat, $0.50 off cheese, and a $0.75 bonus for buying both till October 31st! 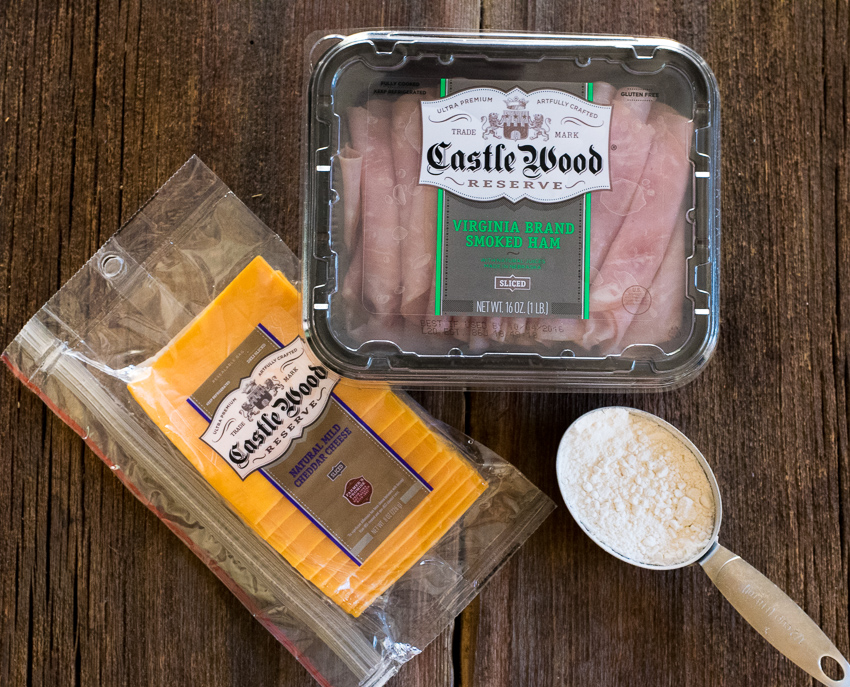 I can't help but feel good about using premium meats for this Ham Cheese and Potato Cornish Pasty recipe because Castle Wood Reserve contains no binders, no MSG, and are trans-fat free, and gluten free. Their premium meats are right at home on a charcuterie board, or in a lunch box, versatile for any occasion. Additionally, their cheese is equally high quality without any MSG, as well as trans-fat, gluten and rBST free! 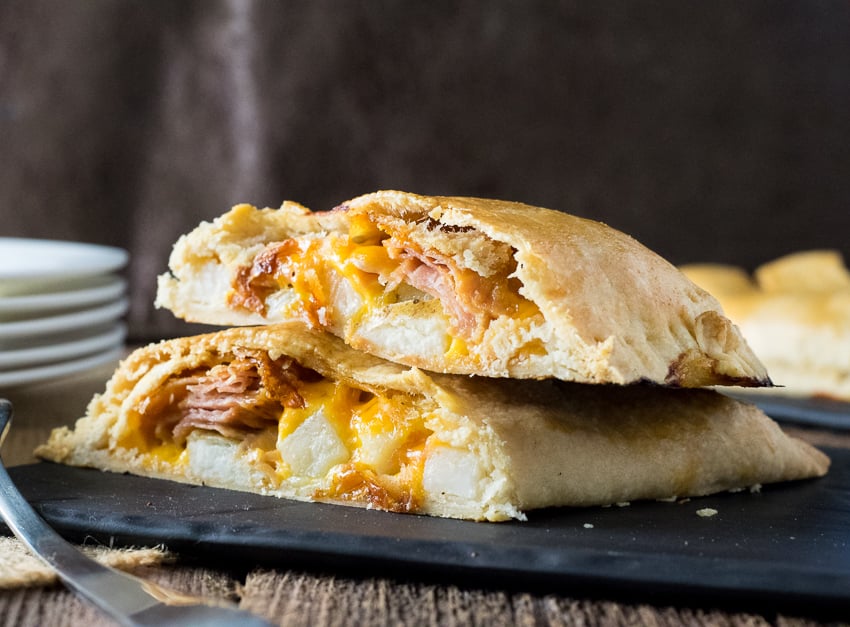 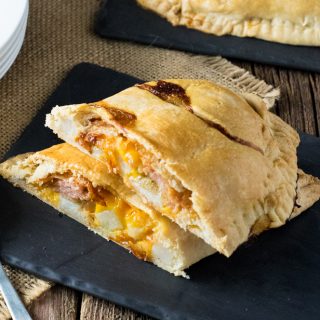 For added flavor substitute ¼ cup of bacon grease for an equal amount of shortening. Traditionally lard was often used rather than shortening. If the dough is too tacky, add more flour. If it isn't forming a ball, add a little more water.
Tried this Recipe? Pin it Today!Mention @FoxValleyFoodie or tag #foxvalleyfoodie!

Don't forget to check out all of the high quality meats and cheeses offered by Castle Wood Reserve!

If you enjoyed reading my Ham Cheese and Potato Cornish Pasty recipe then you should probably like me on Facebook and follow me on Pinterest too. That’s what I would do at least, because if you don’t get to know me but you still use my recipe it is kind of like taking candy from a stranger, and your mom taught you not to do that. Don’t disobey your mom, subscribe to Fox Valley Foodie today.