This shop has been compensated by Collective Bias, Inc. and its advertiser. All opinions are mine alone. #MadeForMore #Walmart #CollectiveBias

The Bacbluvincuit is an easy TRISCUIT Appetizer topped with bacon, blue cheese infused with balsamic vinegar, and chives.

Appetizers need fun names. If I were to tell you I’m serving a Bacon, Blue Cheese, Balsamic Vinegar, and Chive TRISCUIT appetizer, that would be a mouthful. And since the quintessential TRISCUIT appetizer is bite sized, its name should be too! Plus, it is far more fun to say I brought Bacbluvincuits to the party!

TRISCUIT appetizers always remind me of my time spent living in Oregon. At the time, I worked for a wealthy individual who entertained at his house multiple times a week. Sometimes the parties were just for close friends, while other times politicians and famous sports celebrities were being entertained. However, regardless of the function, he always had a great spread of food, including plenty of TRISCUIT appetizers.

The first night I arrived in Oregon will always be seared into my brain. It was 2:00 in the morning, and I had just completed thirty hours of driving on four of the most miserable hours of sleep in my life. I last managed to catch some fleeting ZZZ’s twenty one hours earlier spooning a spare tire while lying in my folded down backseat/trunk at some gas station plopped in the middle of nowhere North Dakota.

I have never been so tired in my life.

However, as I came to learn, entertaining was important to my new boss. So I was required to make an appearance at his party before I could even unpack. I was finally able to go to bed sometime after 3 a.m., only to be in the office by 8.

At least the food was good! 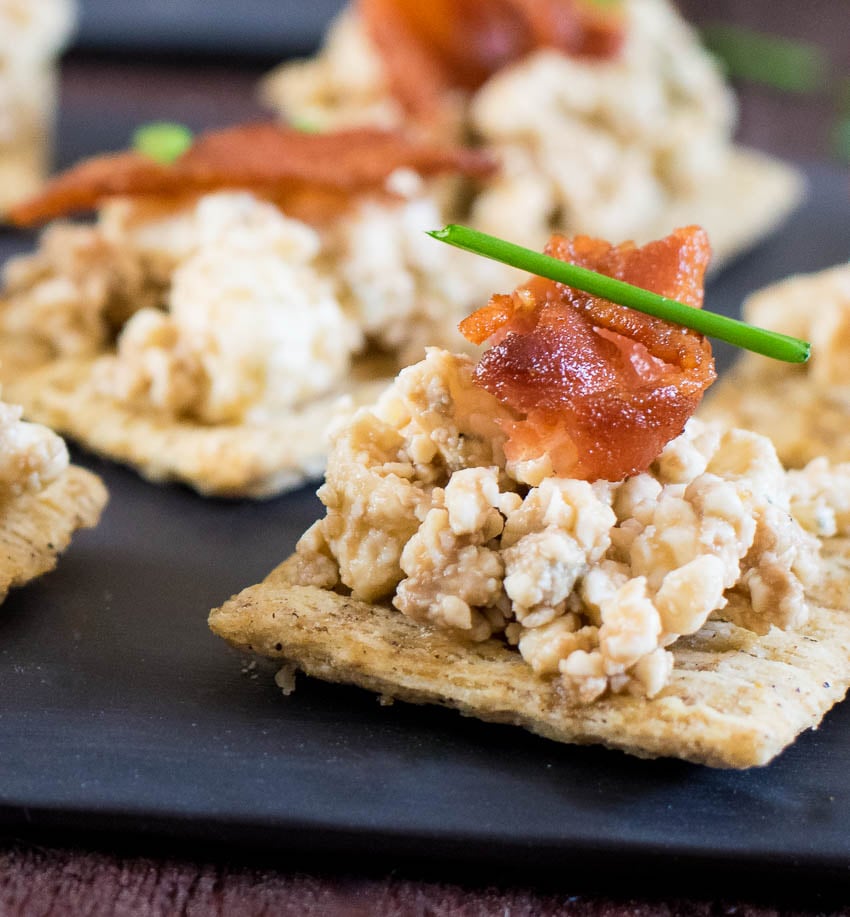 TRISCUIT crackers are popular party hor d'oeuvres for not only their compact size, but they make ideal finger foods for guests to snack on while they mingle with friends. Plus, they are the perfect crunchy vessel to unleash your culinary creativity developing one flavor packed bite! 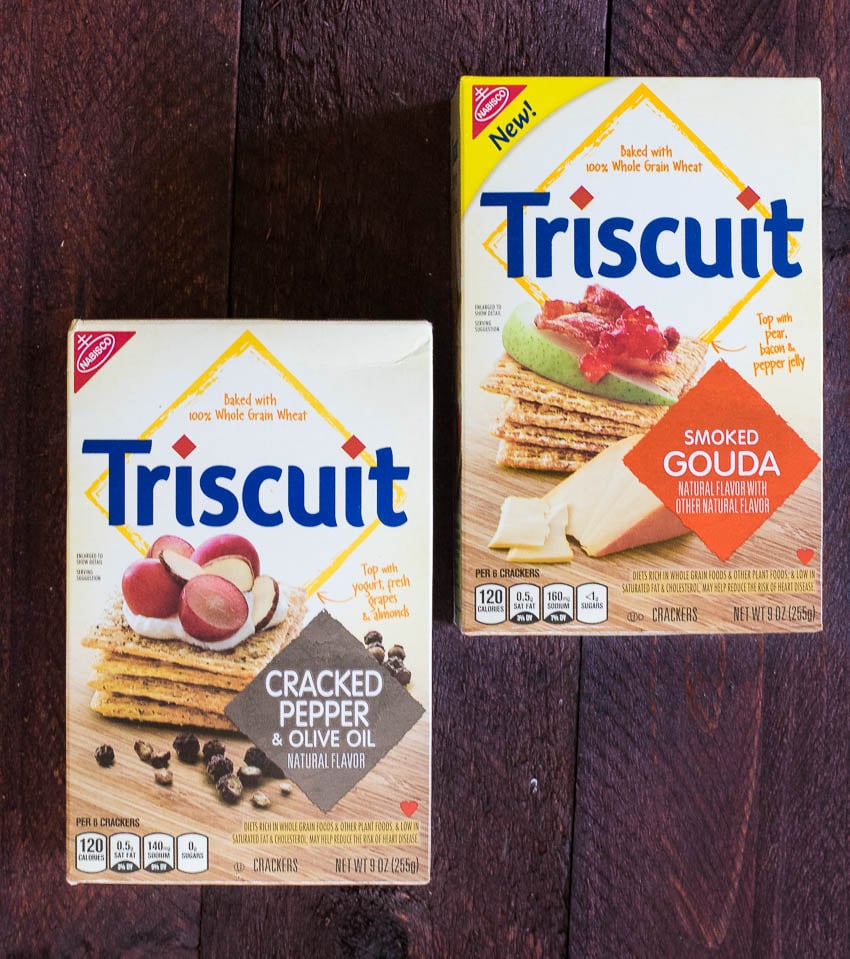 What I love about TRISCUIT crackers is the wide variety of flavors available. There is a flavor suited for any topping you can dream up. I picked up TRISCUIT Cracked Pepper & Olive Oil Crackers and TRISCUIT Smoked Gouda Crackers at Walmart this past weekend, though be sure to check out the other available flavors as well:

I am particularly excited to try the TRISCUIT Sriracha Crackers! 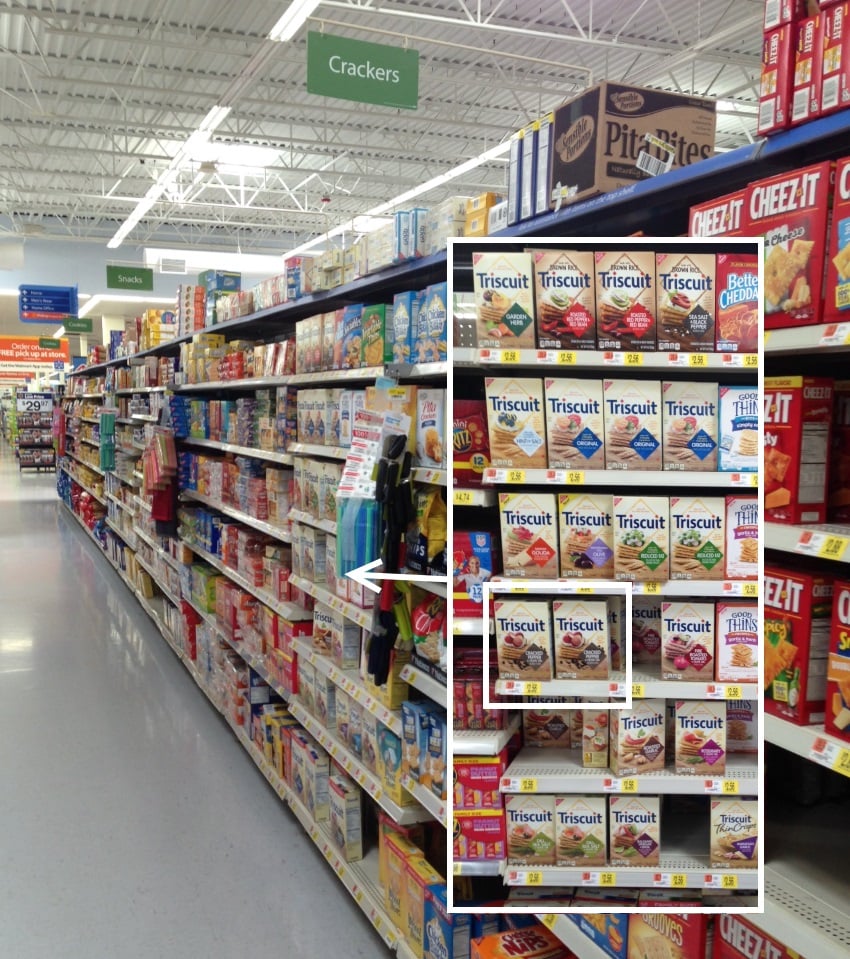 When creating your own easy TRISCUIT appetizer think of contrasting but complimentary flavors. These make intriguingly flavorful toppings! Smoky bacon and pungent blue cheese is one such combination; however I take it a step further by infusing the blue cheese with balsamic vinegar to brighten the flavor and add sweetness. Finally, fresh produce, such as chives, always makes the dish more visually appetizing as well as adding freshness. 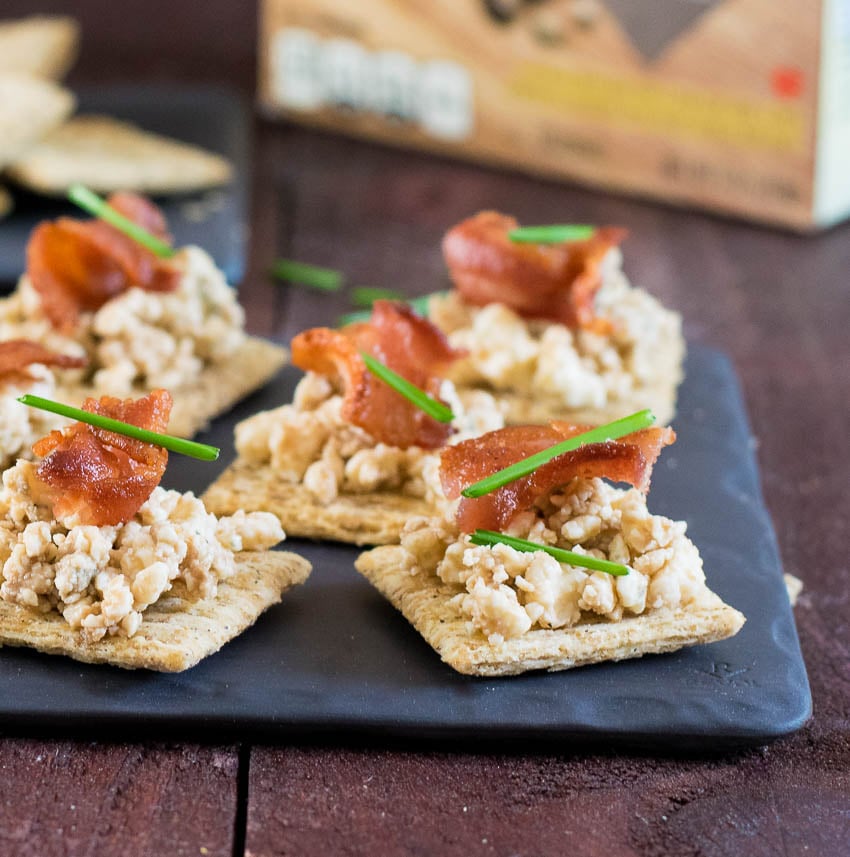 Ready to be inspired? Check out these great TRISCUIT creations as well! 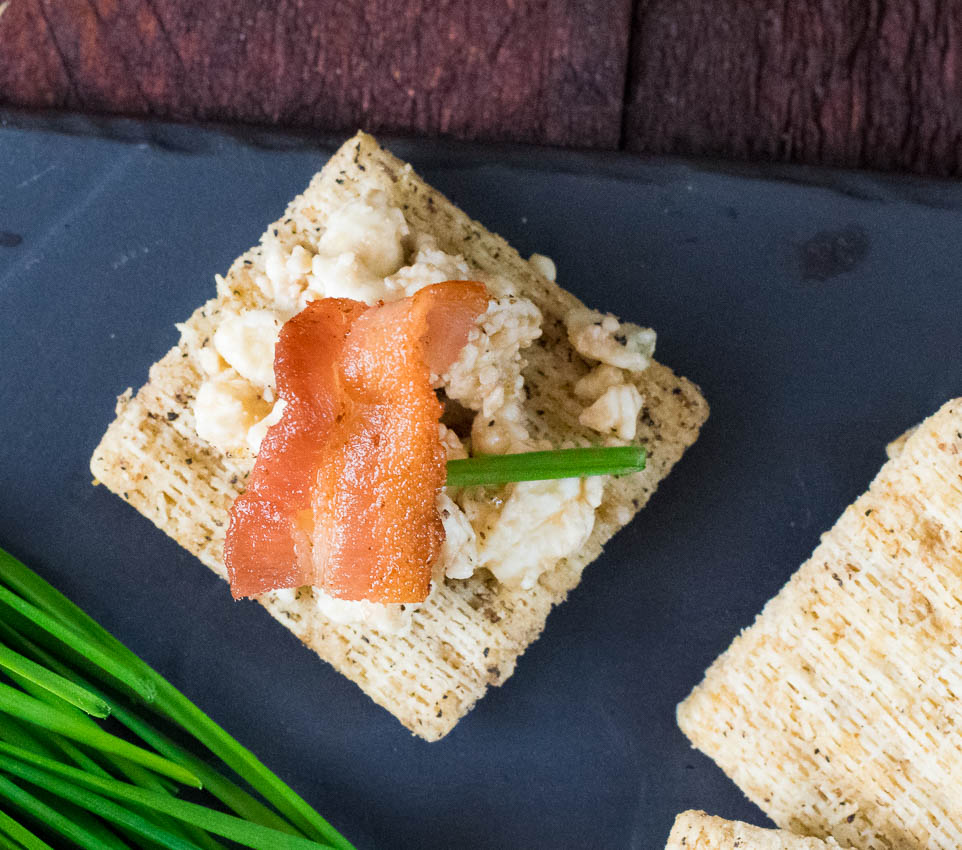 If you enjoyed reading my Easy TRISCUIT Appetizer – Bacbluvincuit recipe then you should probably like me on Facebook and follow me on Pinterest too. That’s what I would do at least, because if you don’t get to know me but you still use my recipe it is kind of like taking candy from a stranger, and your mom taught you not to do that. Don’t disobey your mom, subscribe to Fox Valley Foodie today.