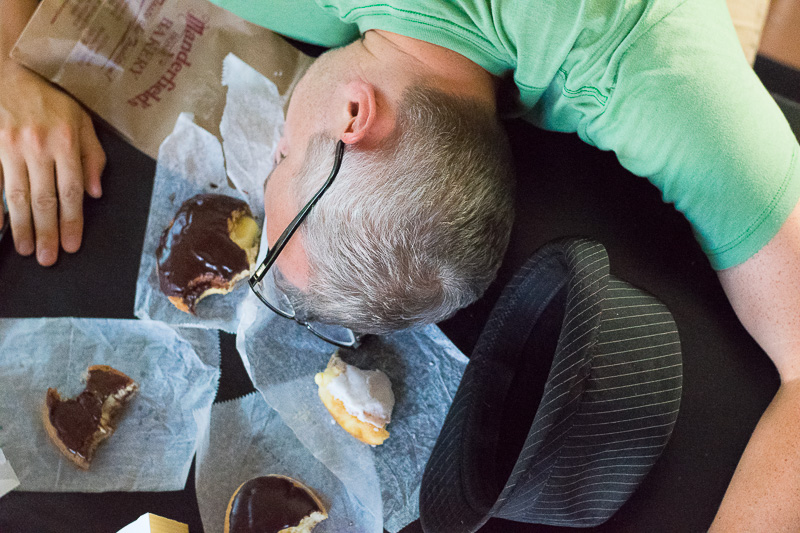 Who has the best doughnuts in the Fox Valley? Asking this question will illicit definitive responses from a number of people who are confident they have the answer. However, has anyone ever taken the time to conduct a taste test to compare them all? Unless your sole ambition in life is to be the insulin pumping reincarnation of Budda, I suspect the answer is no. Luckily for you, I have no such qualms. Someone tell Wilford Brimley to start shipping my Liberty Mutual testing supplies because I'm on a mission to definitively crown the best doughnut in the Fox Valley!

The first thing one must do is to determine which establishments warrant inclusion into the competition. Initially I was thinking about limiting this competition to stand alone bakeries but we are blessed to have a number of great grocery stores in the Fox Valley pumping out fantastic bakery items made on-site every day. It would be disingenuous to definitively claim a winner without even taste testing ⅔'s of their biggest competition.

With this in mind I have selected the following establishments from Appleton, Menasha, and Neenah to judge:

How does one judge the best doughnut in the Fox Valley anyhow? While conducting my taste test I took note of size and price, but taste was the determining factor that crowned a winner. What should a good doughnut taste like? I look for a sweet breading with a moist light texture, plenty of frosting on top, and adequate internal filling. A great doughnut should never be hard, dense, or dry.

To ensure I am making a fair comparison I purchased a Bavarian cream filled Bismark doughnut at each location. These were served exclusively with chocolate frosting, with the exception of Copps, who had vanilla. I did not factor the frosting flavor into the decision making.

So how did they fare? There were two that were absolute standouts, and one that was a clear loser.

Size: If you are looking for giant doughnuts, Festival Foods and Copps are where you want to go! These both tipped the scales at a massive 5.3 and 5.6oz each, about 1 ½oz larger than their nearest competition. The smallest? Walmart, at a petite 3.2oz. Does size matter? I do not factor it as a large portion of my final evaluation.

Price: Walmart was by far the least expensive, at a paltry $.58 each I have enough money left over to buy an bedazzled insulin pump! The local bakeries, Manderfield's and Simple Simon, were the most expensive at $.85 each. The remaining grocery stores were closer in price to the bakeries than Walmart. In the end, I didn't factor price into choosing a winner because the contest is for the best tasting, not the best value.

So let's get to it! Who offers the best and the worst doughnuts in the Fox Valley? Here we go, worst to first!... 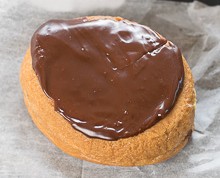 Last Place: Simple Simon Bakery. Sorry everyone, I was cheering for the little guy, but this doughnut lost, and by a wide margin. Their doughnut was easily the densest and driest of the doughnuts I sampled.  It also noticeably lacked a sufficient amount of cream on the interior. It was the only doughnut I rated as sub-par. 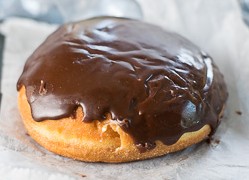 5th Place: Festival Foods. This one surprised me, as I've eaten more Festival Food doughnuts than all of the other's combined. When doing a side by side comparison the others were just better. Festival's doughnuts are quite large, which is nice, but they are drier and moderately tougher than their competition. 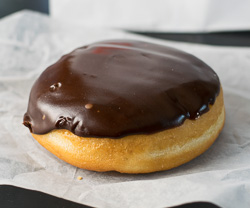 4th Place: Piggly Wiggly. Though one of the smaller doughnuts, it had a beautifully round shape and a light texture. It was not tough at all and would have been great if it were a little more moist. Its slightly grainy mouth-feel and comparatively bland flavor kept it from moving up the rankings. 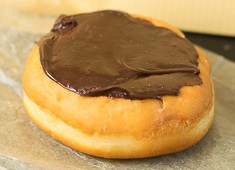 3rd Place: Walmart. I almost didn't even include Walmart in the competition, but they sell a pretty good doughnut.  It was soft, but quite light, and had an easy chew.  It was certainly on the smaller side, but its low price balanced that out.  In the end, it was still drier and grainier than our remaining two doughnuts. 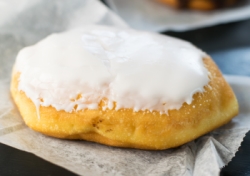 2nd Place:  Copps. This was close.  Copps makes an exceptional doughnut.  It was heads and shoulders above the previous four I've discussed. It tasted light and soft (almost flaky?), just as I'd hoped, but it also had a nice sugary flavor that I didn't experience with any of the others.  There was also plenty of delicious filling throughout.  If there could be a gripe, it would be its oblong shape, but that is hardly a concern. 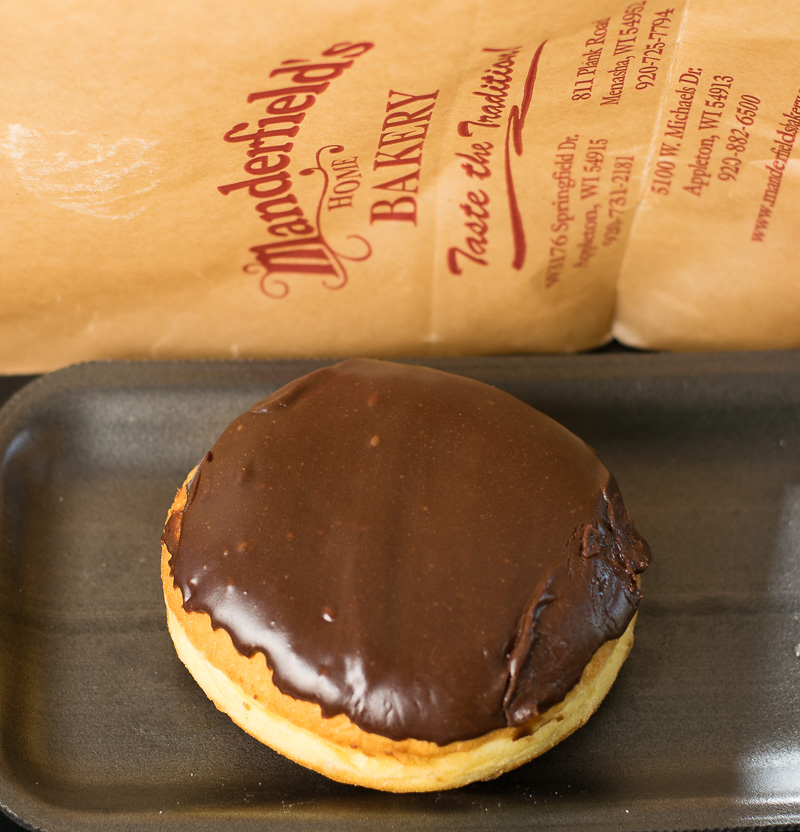 The winner? The best doughnuts in the Fox Valley are sold by Manderfield's Bakery. I know this won't come as a surprise to some, but I honestly wondered if they were the best or if we just claimed they were the best because we wanted them to be.  Everyone loves to cheer for the local bakery. Well, I'm here to tell you they are the best because they taste the best.  If I could describe their doughnut in one word it would be "smooth". The whole doughnut tasted soft and creamy, without a hint of graininess. The breading also contained a tantalizingly sweet buttery flavor that kept me wanting another bite.  They were also one of the few bakeries that offer creative flavors like Maple Bacon doughnuts which I can't wait to try next.

Now, if you'll  excuse me I have a sugar coma to sleep off.

So what are your thoughts?  Do you have a favorite? Do any of the rankings surprise you?  Let me know in the comments below!