Finding a restaurant around the Fox Valley that focuses on incorporating as many local ingredients as possible is no easy task. As many of you are already well aware of my opinion, the Fox Valley is frustratingly lagging when it comes to restaurants dishing up quality local foods made from scratch. However my faith in the Fox Valley’s culinary scene received a much needed boost the other day when I went to the Stone Cellar for dinner.

A quick review of the Stone Cellar’s menu makes it clear that they are serious about serving great food that is sourced locally. By my count the word “Local” appears on their menu eight times.  That doesn’t even count the menu options that specifically list the name of the farm/ranch where the food originated. It’s hard to make a better first impression.

I thought I would put the server to the test.  I saw deep fried cheese curds on the menu.  I am kind of a sucker for those, even though it is damn near impossible to find any good ones at a restaurant (you need to go to a fair to get great curds!).  I asked my server if they bread their own curds in house. To my initial disappointment he responded that they did not, but then clarified that they have them made specifically for the restaurant with their own beer. Bam! That sure beats being served the same crusty cheese curds the Sysco truck drops off at every other restaurant. 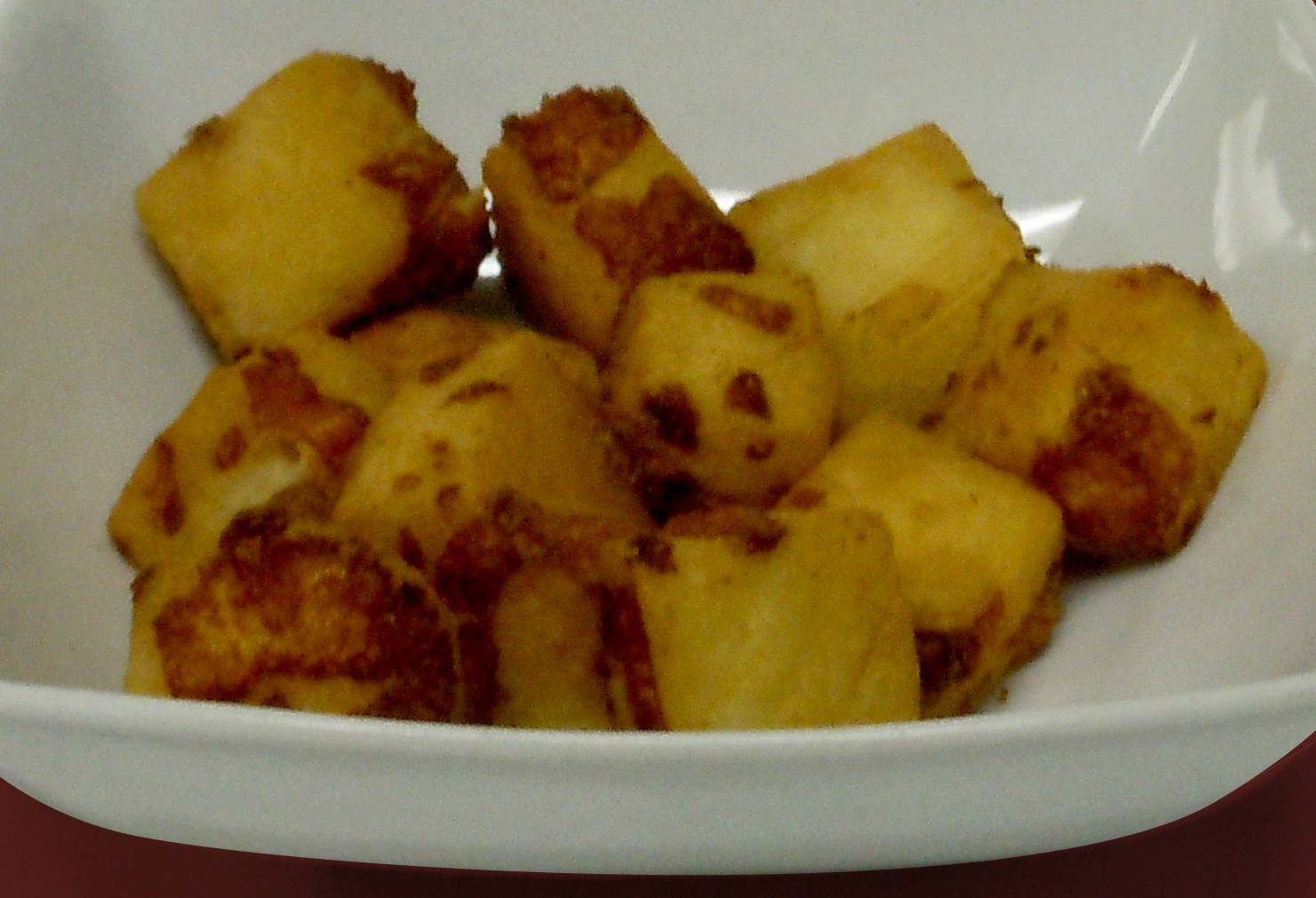 And how were the fried curds you may wonder?  Best I have had in the Fox Valley, period. The breading was light, crisp and flavorful, full of salty goodness.  My only complaint was that the portion size was rather small (11 nuggets).  I probably shouldn’t complain because I know the artisan curds cost the restaurant more to serve than if they had just schlepped off the typical run of the mill curds, but I still wanted more. 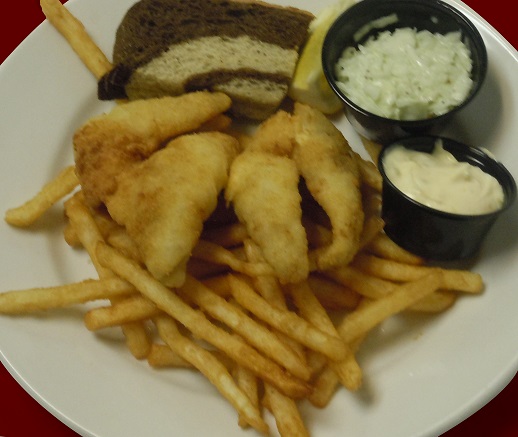 It was a Friday night so I decided to try the fish fry as my entrée and my fiancée tried the Brewer’s Schnitzel.  Both were exceptional.  The hand breaded perch fish fry was one of the best I’ve had in the Fox Valley. It was served with the traditional fare, rye bread, fries and cole slaw. Of course the fries didn’t look like they were homemade, but at least they were beer battered.  If I’m going to eat pre-made frozen fries, those are my favorite. They even offer a same day catch offering for those who really want to eat fresh. I was tempted to try it, but I was feeling cheap and wanted to save the couple of bucks.

Oh, and did I mention they brew their own beer? The first time I tried their Vanilla Stout a few years ago I fell in love.  It was dessert in a glass. They have a wide array of offerings that I have yet to try and luckily I’ve recently started to see their beer pop up at liquor stores. I will be sure to sample as many as I am able to find.

Previous Post: « Sambrulos Review - Appleton WI
Next Post: Fox Valley Foodie is Getting the Band Back Together! »