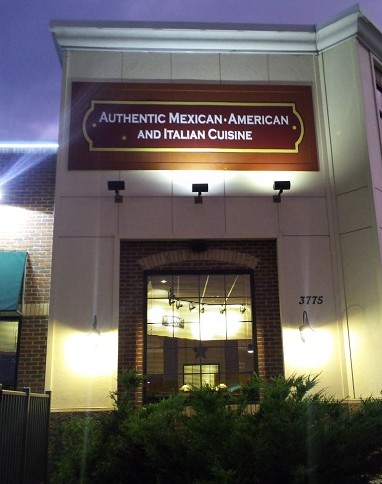 Driving by the Sambrulos restaurant the other night my fiancee commented on their sign: "Authentic Mexican American and Italian Cuisine." This quickly made me roll my eyes as I whipped the car around to capture this absurdity on camera. After I posted the photo on the FVF Facebook page the photo took off in popularity generating dozens of comments from skeptical foodies and a few Sambrulos supporters. A few people chastised me not to disparage a restaurant I haven't tried, which prompted me to stop for lunch the next day.

First things first. Some people will like Sambrulos. These will be the same people who frequent Olive Garden for a nice night out, or Applebees for a special date. Not foodies. 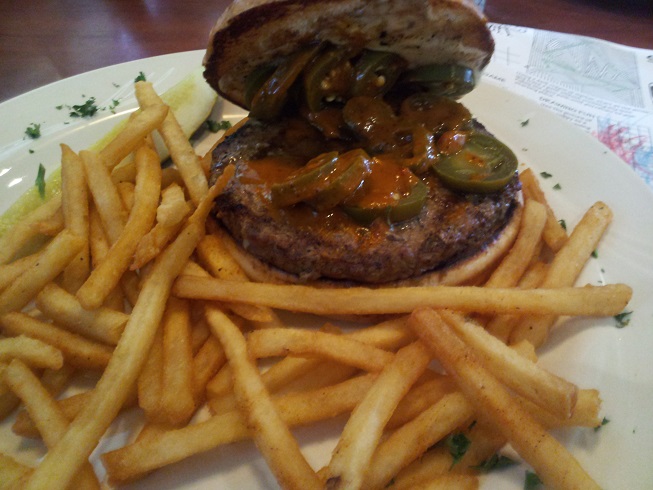 The food isn't bad, it is just the same boring fare I can get at any other similar jack-of-all-trades restaurant. After spending 15 minutes traversing the needlessly extensive menu I decided I was hungry for their "authentic" American cuisine. I settled on a burger which turns out to just be another shipped in frozen patty served alongside the same frozen fries I can get from any number of forgettable eateries. What makes that authentic? Are we really to believe the mark of a great restaurant is their ability to SELECT the best pre-made entrees from the food distributor? Call me old fashion but I believe the best restaurants MAKE the best food.

In their defense they do have a smattering of scratch made offerings. They boast a number of dips, sauces, salsas, and fillings that are made in house. For that I give them credit and put them a step higher than Chilis or TGIFridays. However, overall there is nothing special about the restaurant or my meal to make the place remarkable in any manner. The restaurant appears to just be a repackaged version of the corporate chain restaurants the Fox Valley is riddled with.

My favorite example of their empty repackaging: The $5 mac and cheese on the kids menu enticingly describes a dish comprised of elbow pasta tossed with plenty of cheese. Doesn't that sound delightful? Conjuring images of perhaps a roux-based cheese sauce made in-house and lovingly tossed with al dente elbow macaroni for the children!... When in reality my waitress confirmed my suspicion that it is just nothing more than a small helping of American's favorite powdered cheese product, Kraft mac and cheese. Now, I don't expect a kids menu to be featuring the latest in haute cuisine but it just seems to fit the restaurant's overall aim to sell the same repackaged food in an over-hyped manner.

In the end, if you frequent Bennigan's when you want authentic Irish fare, or swear you can taste grandma's love in Olive Garden's alfredo sauce, then you will likely enjoy Sambrulos just as much. As for me, authenticity is more than a buzzword, it is a hands-on creation of quality and freshness.

Previous Post: « How to Choose a Cut of Steak
Next Post: Stone Cellar Review - Keeping it Local »