When I first saw the sign for Mr. Burrito's there was no doubt what they specialized in. Their name seemed a bit corny but it clearly announced that they were staking their claim on the burritos they serve. I have always heard stories from friends about those elusive burrito joints that serve delicious burritos as big as your head. When I first saw Mr. Burrito's sign I allowed myself to briefly fantasize about Appleton having our own such burrito joint. However after stalking it for weeks before it opened I kept going elsewhere whenever I had the chance to try it. 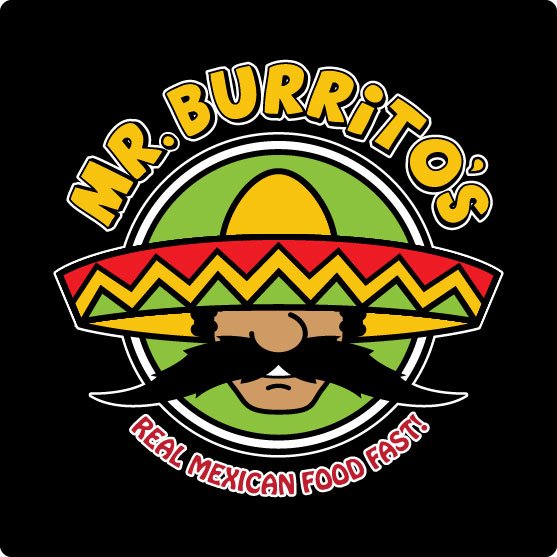 Finally the other night I got out of work late and I was starving. I was too tired to cook and wanted to be a glutton. A giant burrito sounded perfect and it turned out I also had buy one get one free taco coupons as well! I thought this was perfect because I could try multiple menu items.

When reading the menu board it wasn’t a hard decision for me to choose between the regular size burrito or the extra large master burrito... I was ravenous. I ended up ordering a large steak burrito as well as my buy one get one free ground beef tacos. The burrito was stuffed with beans, rice, steak, lettuce, cilantro, onions, and cheese. The tacos consisted of ground beef, lettuce, onions, and tomato. When they handed me my bag it weighed a ton. It looked like they skimped a bit on the cheese but overall the ingredients seemed generous.

I decided to dive into the tacos first - It was apathy at first bite, and that disappointment was strongly reinforced with each subsequent bite. The meat was B.L.A.N.D! It tasted like cooked hamburger and nothing more. The closest that meat had to any semblance of flavor was that the cook may have waved a jalapeno over it for good luck while cooking. There was almost no salt, seasoning, or flavor of any kind in the beef. Like a trucker suffering through North Dakota, I just kept driving through it with the promise of a big delicious burrito to reward my perseverance. After all, knowing that the restaurant’s namesake bares the name of my next meal item gave me hope.

My hope quickly faded into despair when I sank into the massive burrito. Not only was the burrito just as bland as the taco, the steak meat was tougher than God's wrath and full of gristle. It had no flavor. This is not a burrito I would ever be craving, and a disappointment to say the least.

In the end, I was full but definitely not satisfied. I was very disappointed to see a place that has such potential executed so poorly. I would likely try it again to see if my experience was a fluke, but you will probably not see me spending any money to do so.