If Mihm’s Charcoal Grill is looking for a slogan, might I suggest, “Anything you can do I can do butter!” 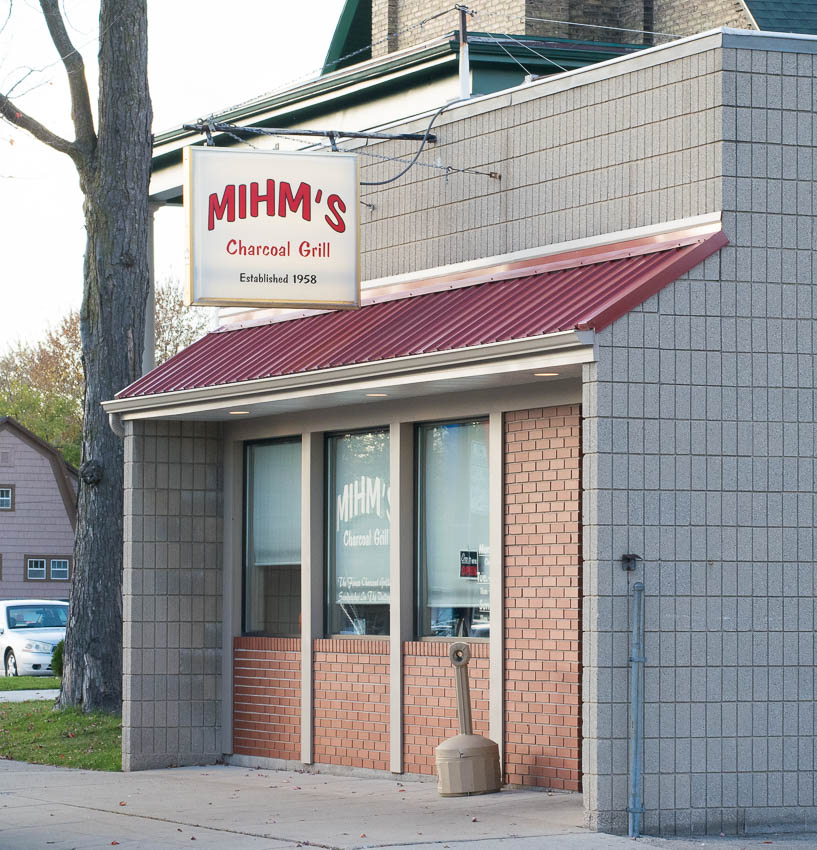 Mihm’s Charcoal Grill, located downtown Menasha, has been an institution in the Fox Valley for the past six decades.  A favorite of many, it is inevitably mentioned in conversation whenever the Fox Valley’s best burgers are discussed.  Serving up old-school burgers, malts, and the most butter you’ve ever seen on a plate since you’ve last tried a Paula Deen recipe, their food is endeared by many greasy spoon aficionados. 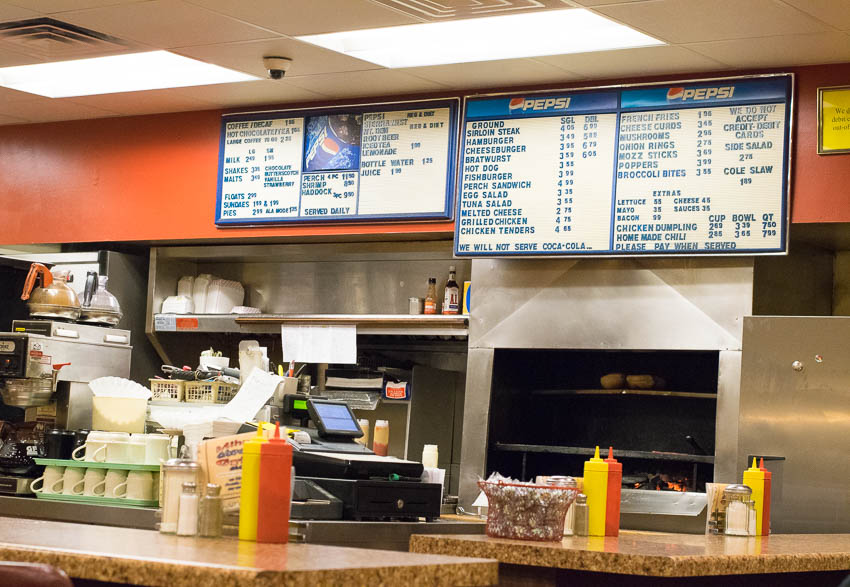 Upon walking into Mihm’s you are certainly greeted with the impression that the only thing that changes here are the calendars on the wall. Though, the outdated decor seems to only lend itself to the nostalgia.  My wife and I were promptly greeted upon choosing a booth by an exceptionally friendly and helpful waitress who spoke enthusiastically about the menu options.

Per the waitress’ recommendation, the first item to arrive was the strawberry malt, which as she pointed out, was made from homemade ice cream and real malt powder, rather than cheaper syrups.  I’m always impressed when restaurants don’t take short cuts because it comes through in the quality of the food. The malt was delectably thick, and the malted milk powder lent it a distinctive flavor reminiscent to the taste of Whoppers Malted Milk Balls.  I really enjoyed getting an old-school malt done right. 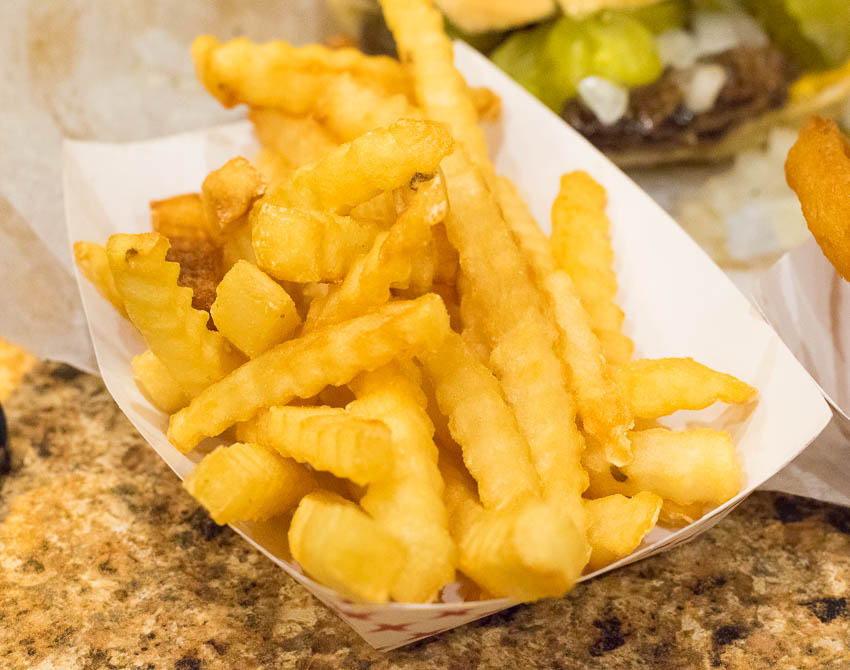 The side of French fries and onion rings, however, were as underwhelming as the malt was exceptional. Generic, shipped in, and desperately devoid of salt, these did nothing to enhance the dining experience. It appeared the same could be said of the other side items I inquire about as well. It was a real shame too, since the added touch of hand-cut fries and house battered rings would have been the perfect complement to their made from scratch malts and uniquely famous burgers. Instead, I halfheartedly ate the same drab crinkle cut French fries I can pick up at the grocery store down the street for $2.49 a bag. 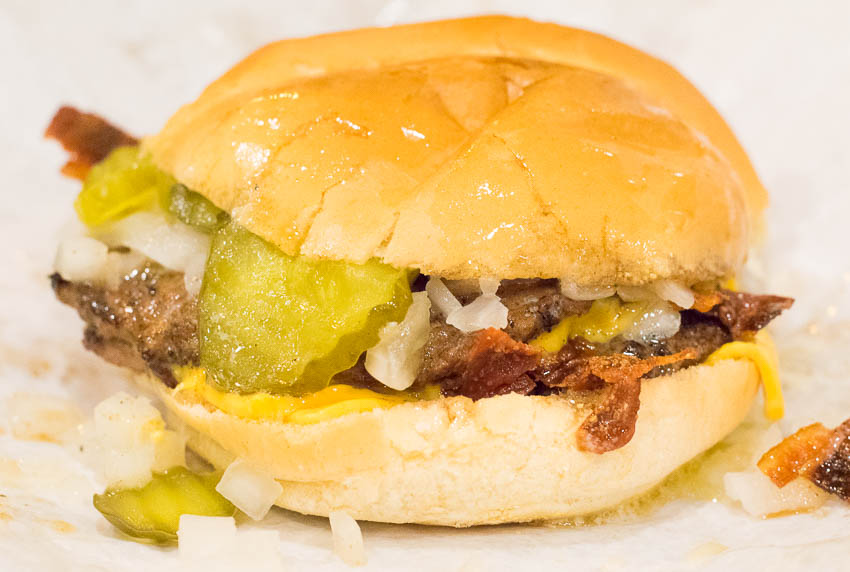 However, it is quite apparent they put a lot more effort into the burger.  My double bacon cheeseburger was spilling out with pickles and chopped onion, while the patty looked like it was just rescued from being waterboarded in butter.  It was clear they were not concerned with skimping on the toppings, or cardiac health in general, for that matter.

The hard roll adorning this caloric catastrophe was dishearteningly dry when I took my first bite. However, that soon became irrelevant as butter proceeded to soak into every available crevice. In short order my wife and I’s buns had proven unprepared for the onslaught and had both split in half from the excessive saturation.  Nonetheless, despite my lack of enthusiasm for the bun, I eagerly devoured my burger infused with that unmistakable charcoal flavor, relishing each and every last calorie. 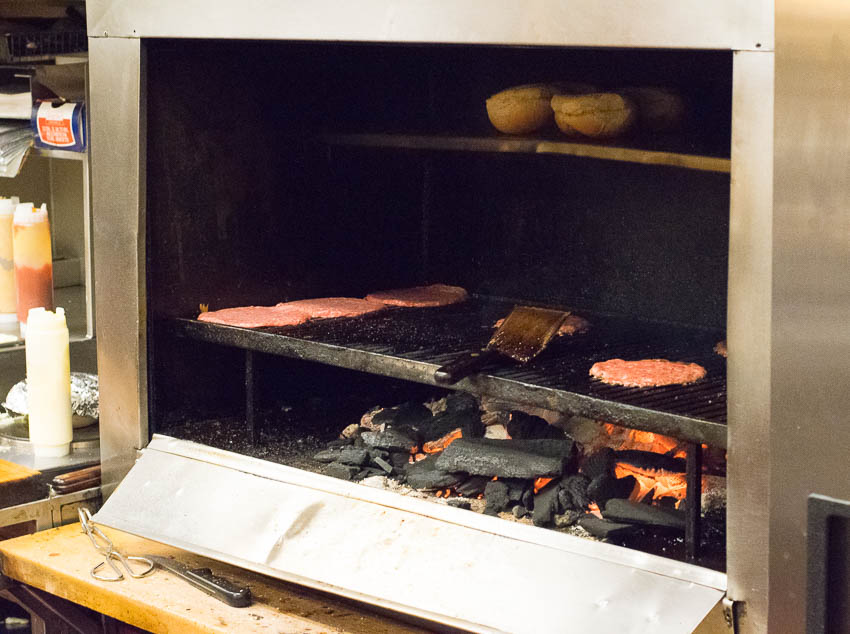 As my wife and I meandered out of the restaurant we both acknowledged the unmistakable charm that lies within one of a kind eateries like Mihm’s.  There is just something special about old-school establishments offering unique cuisine you can’t order anywhere else.

Mihm’s is a wonderfully unique restaurant that the Fox Valley is lucky to have, however at times it appears to lack a cohesive and consistent theme needed to separate itself as an elite Fox Valley eatery.  While the malts and burgers are clearly prepared with a lot of pride, the sides largely languish as an afterthought. In an era where farm to table, and scratch cooking is all the rage, Mihm’s appears to be partially trapped in the TV dinner decade in which it was born. Nonetheless, my admittedly nitpicking aside, Mihm’s offers a fun and unique dining experience that I recommend everyone checks off their Fox Valley bucket list.

How about you?  Have you been to Mihm’s yet?  Let me know what you think about them in the comments below!

If you enjoyed reading my Mihm’s Charcoal Grill review then you should probably like me on Facebook and follow me on Pinterest too. That’s what I would do at least, because if you don’t get to know me but you still take my restaurant recommendations it is kind of like taking candy from a stranger, and your mom taught you not to do that. Don’t disobey your mom, subscribe to Fox Valley Foodie today.