Menasha Grill is everything you would expect from the name. A Cajun restaurant, named after a mid-western city, with a friendly Danish gentleman greeting you inside. OK, so the name reflects very little about the restaurant other than its location. Nonetheless, this place does not need a gimmicky name; their food does the talking and it does so with a strong Cajun drawl. 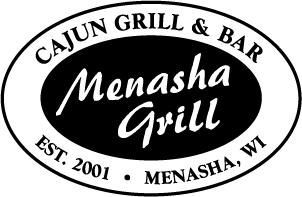 Upon entering the restaurant I was greeting with something I did not expect, a chipper Danish gentleman with an endearing accent. I don’t know that Northeast Wisconsin is known for our surplus of Danish ex-pats, so finding one tucked away at an authentic Cajun restaurant was fun. He was very attentive and made the whole meal experience very enjoyable.

The food was equally pleasing. I had a hard time trying to decide what to order because there were a lot of tempting items on the menu competing for my taste buds. In the end I decided to try the Cajun Sampler Platter so I could enjoy a wide mix of offerings. The platter includes Red Beans and Rice, Jambalaya, Gumbo, and Crawfish Etouffee. Red beans and rice are one of my favorite meals to make and I was looking forward to comparing my version of the dish to their own, so I was quite saddened to learn that the red beans and rice were not ready to be served yet. Instead, they agreed to substitute fried okra. 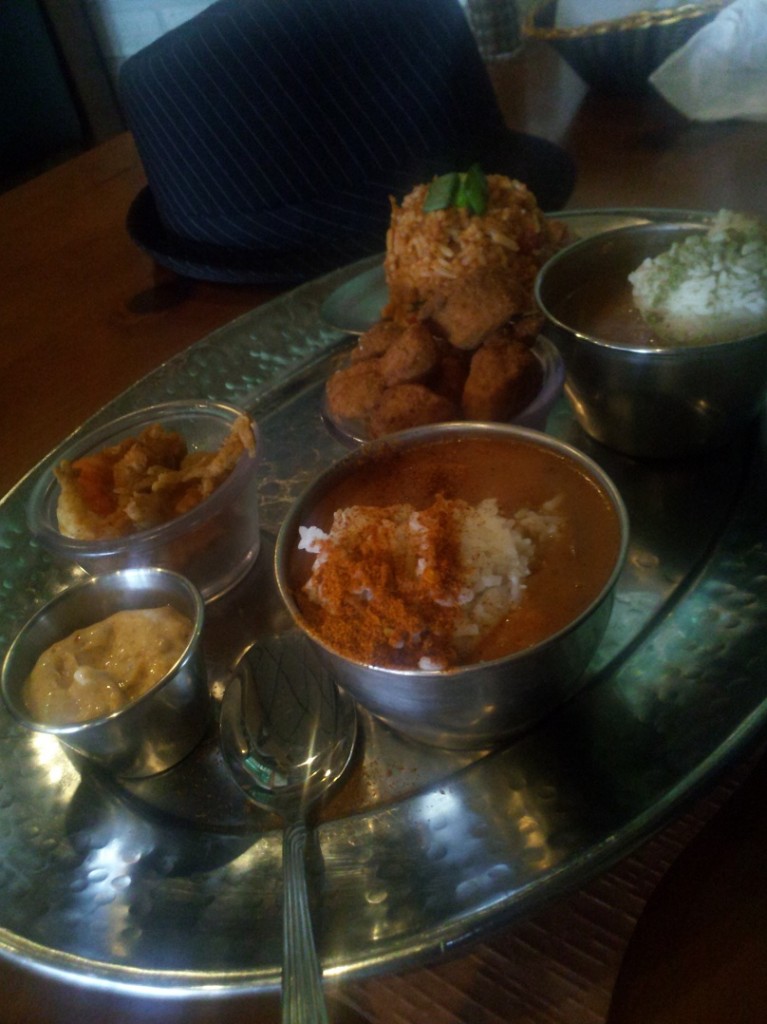 I was excited to try fried okra for the first time, but it was easily the most underwhelming item on my tray. A lighter, more flavorful breading would have done the dish well. It just didn’t pop with any exciting flavors or textures. Luckily, the rest of the sampler items more than made up for this.

The gumbo, jambalaya, and the etouffee were all seasoned with a delicious Cajun spice mixture. I spent a few minutes sampling the blend on its own, trying to pick out each flavor. When asking my Danish friend to confirm my findings, he would only tell me the blend is the Chef’s secret. However, I am pretty confident saying the mixture is built around smoked paprika, which was a deliciously interesting surprise. As a matter of fact, I liked it so much I went home to update my own Cajun recipes with notes to try smoked paprika.

Far and away, the star of the show was the crawfish etouffee. This combined rich lively flavors with a creamy mouth-feel that made me savor each bite. I could not get enough of it. There are many other items on the menu that I still want to try but it will be hard not to just order that.

Going to Menasha Grill has been on my to-do list for a couple of years actually. I just don’t find myself heading downtown Menasha often. However, I will likely be making it a point to find excuses to do just that. Authentic regional cuisine being served 1,000 miles from its base is exactly the type of restaurant I get excited about.