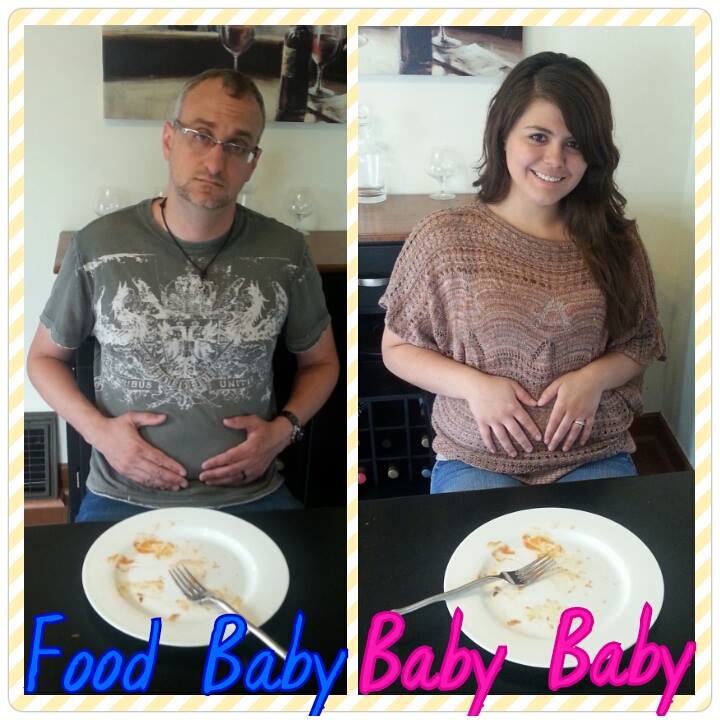 When you first find out you are expecting a baby it seems surreal. Nine months away from anything is a very long time, much less 9 months away from the biggest event of your life! It hardly seems tangible. You just settle in and soak in the excitement that SOMEDAY this baby will come, but just not anytime soon. In the meantime you pray for a healthy birth, do a lot of dreaming, and then a bit more praying.

My wife is due to give birth in just a couple weeks. She is ready now though. After 8 ½ long, uncomfortable months she is ready to run to the baby's room, not the bathroom, ready for kisses instead of cramps, and plain and simply just wants to hold her newborn baby girl. She really loves being pregnant, but this pregnancy has been harder than her first.

Her first was my 5 year old stepson, Collin. I am crazy about the kid and he is crazy about me. I have and will always treat him as my own and I continually look forward to each day he grows older so I can share more of my life with him. 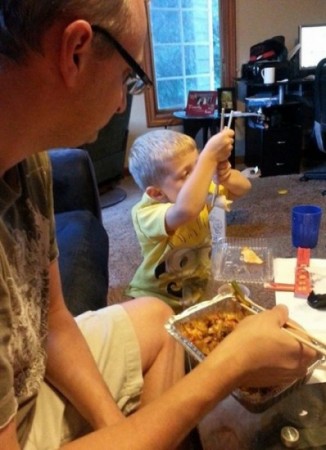 Collin constantly informs me that he wants to be just like me someday. He will mimic my every move from insisting that he helps me in the kitchen to adding a few dabs of hot sauce on his food because I did on mine. The other day I was quietly getting ready for work, eating my cereal with Collin while he picked at his Lucky Charms in front of the TV. When I finished I headed upstairs to resume the rest of my pre-work routine. 15 minutes later a shout comes up the stairs, “Ben! Are you done with your cereal?” I responded, “Yes I am.” Collin exclaims, “Me too! We are just the same!”

It may have been a stretch, but I’ll take it!

But if I am being completely honest, one of the things I look forward to most about the birth of my daughter is getting rid of the asterisk by my father title. Collin and I have a father-son relationship, but I am not his dad. There is someone else he calls dad. This can make discussing my parental status with others a verbal minefield.

To many people, I am already a father. My actions, role in Collin’s life and relationship to him makes me one, regardless of title. Claiming anything else would be at best overly humble, or at worst slighting Collin. To others, claiming to be a father would be encroaching on someone else’s relationship, regardless of context.

None of that matters though when discussing fatherhood in the context of my firstborn flesh and blood.

As fulfilling as my relationship with Collin is, nothing can replace the excitement of the birth of my first child. Not only will this baby share my DNA, she will call me dad… Hearing, “Dad. Dadda. Daddy.” How can you replace that? How can anything tamper that excitement?

So with that as a backdrop, part of me always feels bad to shout my excitement, “I am going to be a father soon!” I fear people hear that and think all of a sudden I am dismissing my relationship with Collin in some way. On the flip side, I think about editing myself and not ever uttering the phrase "become a father", but then I am robbed of my right to be just as excited about my first born child as everyone else.

I hate that I even need to think about that F word. Father. But it comes up constantly when you are an involved stepfather waiting on the birth of your first child. When I exclaim my excitement that “I am going to be a father soon!” It is a given that someone will reassuringly reply, “But you already are!”

I appreciate their kind sentiment, and I know they aren’t trying to rain on my parade but statements like that read as, “You don’t need to be as excited about your first born child as everyone else got to be.” It downplays the moment. Come on people, just celebrate with me! That’s all I'm trying to do here!

So maybe I want it both ways, I want to be a father figure to Collin and I want to be excited about becoming a father with the birth of my daughter. Maybe it is semantics. I don’t know and I don’t really care. I know what my relationship is with Collin. It is strong. That is all that matters. I also know I am insanely excited about the birth of my first child, just like any other first time parent would be.

I realize I find myself in a unique situation not shared by many, and as frustrating as the semantics can be at times, I truly feel as though I have been exceptionally blessed. In just a few weeks I am not only going have the most amazing stepson ever, I am going to have a daughter too! I will be a beaming father by any definition. Ready the cigars.