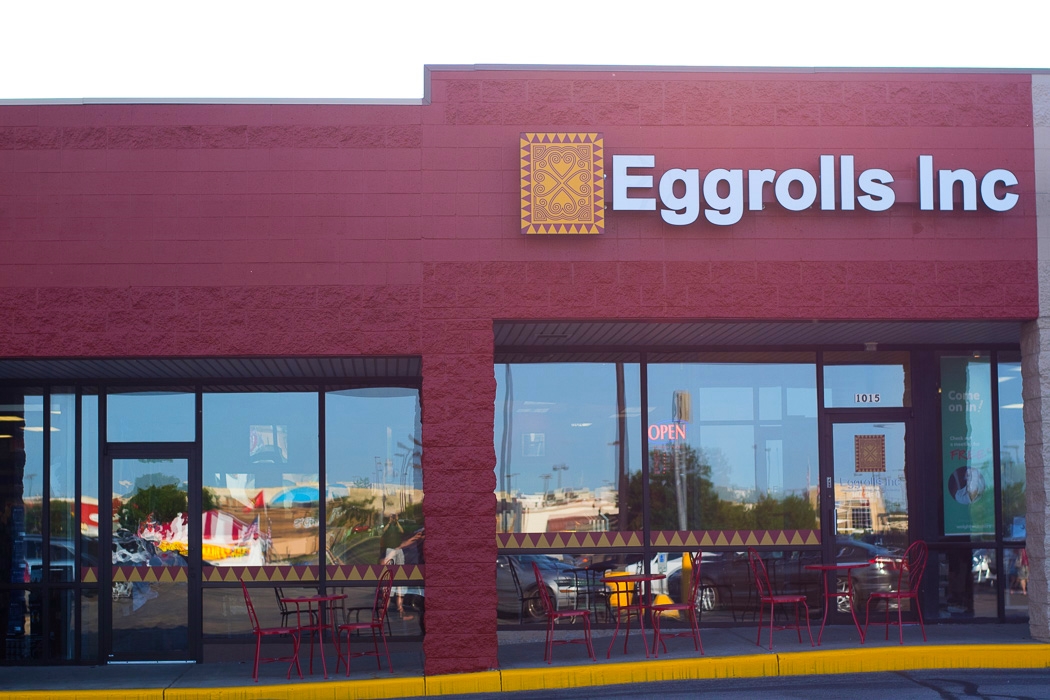 I was fortunate enough to get an invite to Eggrolls Inc., a new, locally owned, restaurant located in the strip mall alongside Appleton’s westside Walmart. I receive similar invitations on occasion, and though I am always happy to partake in the free sustenance, they don’t always result in a restaurant review on FoxValleyFoodie.com. I informed the owner of this caveat, and like Babe Ruth calling his home run, he replied that once I sample his fresh eggrolls I would want to write about them!

It’s hard not to like his enthusiasm for his food.

Eggrolls Inc. is the culmination of adapted family recipes that keeps true to traditional Hmong flavors while being able to also appeal to a broader range of palates. They have created a healthy twist on the classic eggrolls not only by using primarily locally sourced and organic ingredients, but also by not deep frying the eggrolls.

Yes, I know, I dropped a scary restaurant buzzword: 'Healthy'

That dirty little H-word loomed over me as I made my way into the contemporary styled restaurant Wednesday evening. Can eggrolls avoid a deep fryer while still delivering the crisp texture and taste I’ve come to expect from a great eggroll, or will this be another example of sacrificing a little flavor in the name of making better choices?

Let me save you the drama. As anyone who has ever served the free breadsticks at Fazoli’s can tell you - I don’t go out to eat looking to make better choices. However, there was not a single morsel of food that touched my taste buds with the tainted taste of compromise.  Healthy or not, these were just good!

I was served an array of different offerings representing the spectrum of their menu, beginning with both a generously sized beef and a shrimp eggroll served on a stylish eco-friendly platter made from palm leaves.  It was easy to see two eggrolls being a full meal for most people. 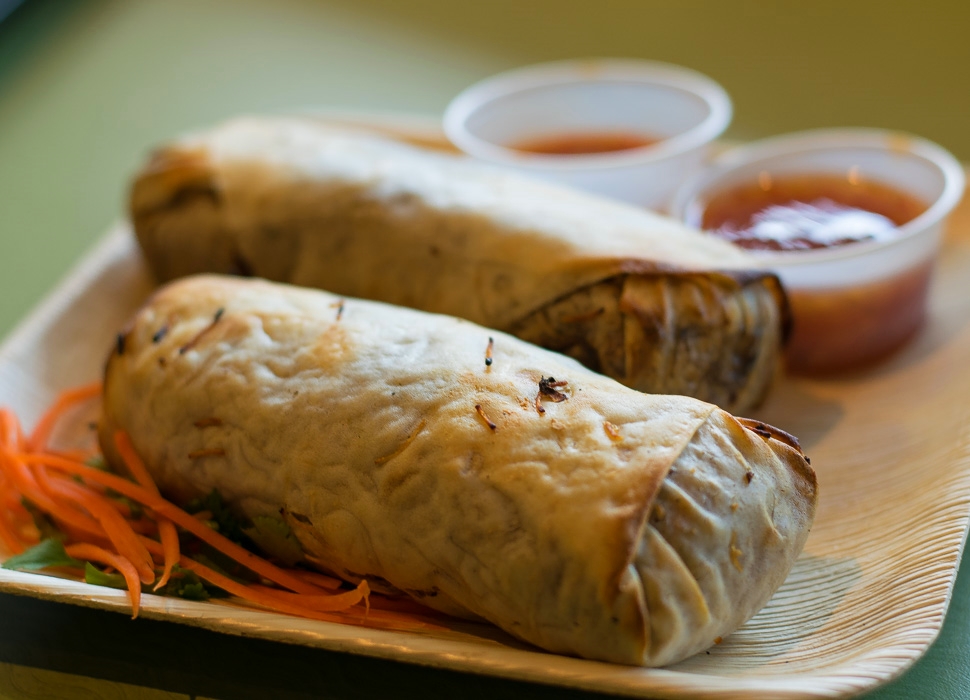 The first bite completely washed away any trepidation I had about not deep frying the eggrolls. The spring roll wrapping was light, crisp, and lent the distinctive crunch you’d expect from a good eggroll. Additionally, as the owner pointed out, not frying them prevents the wrapping from turning heavy and soggy as it cools, as is typical of most fried food.

Bean thread noodles serve as the primary filler for the eggrolls, lending a soft almost gelatin texture from the thin strands. Intermingled among the threadlike noodles are a variety of fresh vegetables depending on your choice of roll.  Upon biting into the shrimp roll I was greeting with the bright clean taste of cilantro, carrot, and green onion against the more mild seafood essence emanating from the shrimp.  While the beef roll boasted more deep, earthy tones. They both felt balanced with a variety of interesting textures dancing in my mouth with each bite.

What followed the rolls was quite possibility the most interesting thing I have ever eaten.  I was served a second platter, this time containing a salad wrap and a pho roll wrapped in the most delectable Asian styled crepe I have ever had the good fortune to eat!  Made from, what I believe to be, tapioca and rice flour, the wrap was moist, light, and featured a satisfying chew.  I quickly found myself not even paying attention to the fillings contained within as I became more entranced by every nuance of the soft wrap with each proceeding bite.

Just when I became reasonably certain it would not be prudent to attempt any additional plates of food, I was served an additional plate of food.  Luckily, I've spent many gluttonous years training for this type of over-indulgence, so I was primed for the challenge. Though, I do not recommend attempting this at home.  I am a trained professional. Did I mention these eggrolls are huge? 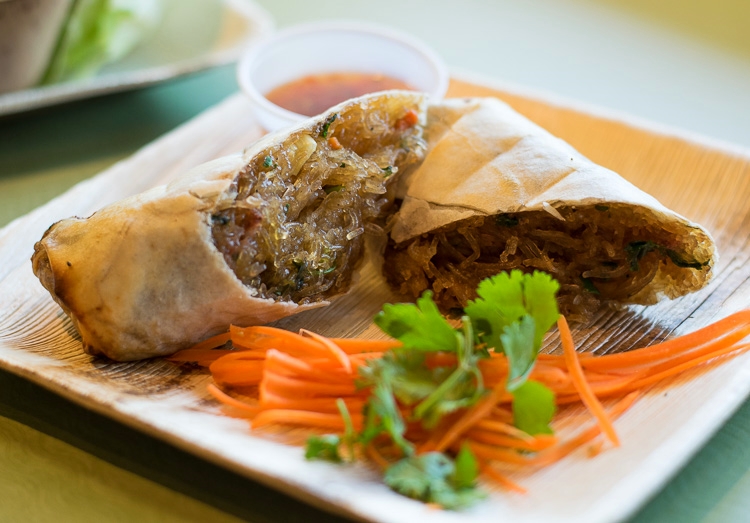 My final plate contained a pork eggroll and a lettuce wrap.  Despite being ridiculously full, I found the pork to be my favorite off all the eggrolls. The lettuce wraps were served with a bowl of sauced meat and vegetables.  I found the aggressively seasoned filling to be reminiscent of Indian cuisine, which served as a nice contrast against the simplistic iceburg lettuce shells. Though by this point, taking notes of any specific textures and flavors I enjoyed was a hapless endeavour as I became more focused on the challenge of finishing all my food.

As I stood up in victory, staring down at vacant plates of food, I was convinced I could not take another bite.  That being said, I did not regret a single delectable bite I took.  The food at Eggrolls Inc is well portioned, reasonably priced, and exceptionally prepared. That is a winning combination, and I can't wait to return. Check them out for yourself on Facebook or visit them at 1015 Mutual Way in Appleton and let them know you discovered them on FoxValleyFoodie.com!

Want more Fox Valley Foodie?  Be sure to like me on Facebook to join the conversation and follow me on Pinterest to stay on top of all my delicious recipes! Or better yet, get every new post sent right to your inbox by subscribing below!